Are There Better Bullet Shell Catchers That Don’t Have Mesh Bags? 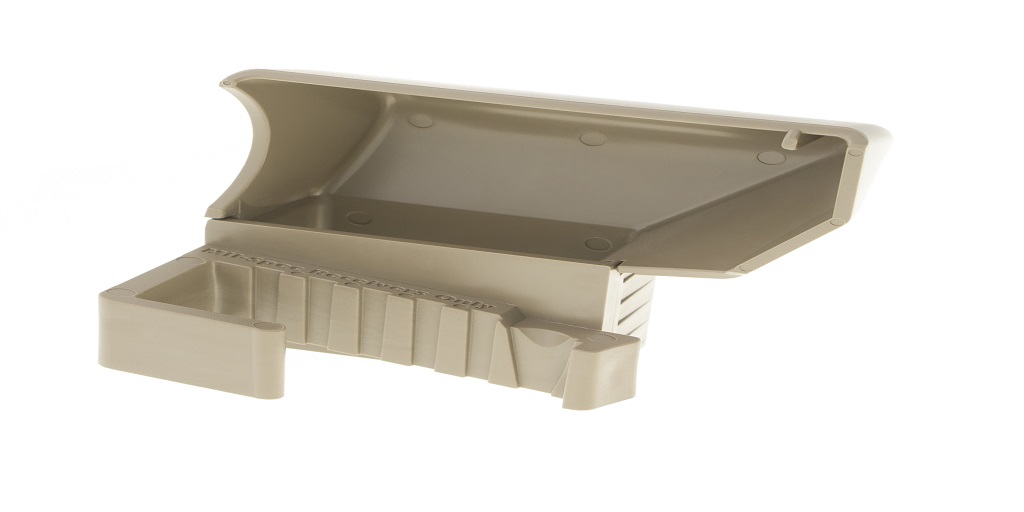 Some collections of the best AR 15 attachments include picks like bullet shell catchers, which are typically made from a rigid wire frame that attaches to a portion of the rifle’s Picatinny rail handguard and catches spent brass. These AR-15 brass catchers typically hold a mesh bag (often made of nylon that makes claims of high heat resistance) over the ejection port, collection spent shells; they often have a zipper at the bottom so they can be emptied without the need to remove the device from the rifle.

But as common as they are, they suffer from some serious design flaws. And, until recently, they weren’t seriously challenged by contenders with a better design.

Let’s unpack some of these issues and present a better alternative.

Problems with Mesh Bullet Shell Catchers: Catching Fire or Melting
One of the biggest design flaws with bullet shell catchers that have a nylon mesh bag is that, even though they claim high heat resistance, there’s a limit to that. If you’re burning through mag after mag at the range, the shells flying out of your action are going to be hot.

Sometimes, too hot for a nylon bag to handle. It’s not entirely uncommon for these mesh bag brass traps to melt or even catch fire. At the bare minimum, that ruins the attachment. In a worst case scenario, molten nylon can gum up the works of your rifle’s action or get caught in your handguard.

Hanging up on Brush
Another problem with these mesh bag bullet shell catchers is that they’re only basically functional in wide-open spaces. At a range bench, that’s fine. It’s even fine if you’re in a relatively spacious course participating in a competition.

If you hunt with your AR-15, it’s not fine. Unless you hunt from a stand and don’t even uncase your rifle till you get there, a mesh bag brass catcher will snag every twig and briar you meet in the field – and at that point, do you even really need a brass catcher, anyway?

Lack of Modularity
Finally, mesh bag brass catchers lack modularity. While they can usually (keyword, usually) be emptied pretty quickly from the zipper at the bottom if you have a problem with the bag itself, the only way to rectify it is to replace the bag entirely or remove the whole apparatus from the Pic rail.

The Brass Goat is made from hard, molded ABS resin that is extremely durable and much more heat resistant than nylon mesh. It will not catch fire and it will not melt, despite the onslaught of hot brass. Its hard ABS construction also enables it to shed thorns and twigs as if they weren’t there.

Instead of a hook and loop design and a frame that attaches to the rifle’s handguard, the Brass Goat quickly attaches to the lower receiver magwell of mil-spec AR-15 receivers, in seconds, without tools. It’s also compatible with a detachable hopper that holds up to 30 rounds of .223.