Clergy Attire: What is the Difference Between Vestments and Clericals? 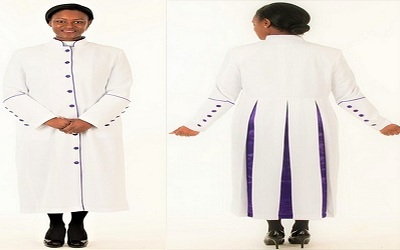 Any mention of clergy attire will lead almost everyone to picture the typical long buttoned robes with an immaculate collar tab in their minds. However, the clergy attire category encompasses many more clothing elements than sober black robes and the white neck tabs.

We can divide clergy attire into two groups; clericals and vestments. It can be said that they share common origins, but there are deep differences between these two. Nonetheless, every piece of garment used by modern priests originated from ancient clothes used by regular people of the time. The modern versions of clergy attire might look quaint or even pompous to the uninitiated. However, they have remained basically unchanged for centuries while secular fashion relentlessly evolves.

What are clericals?
When we talk about clericals, we regularly refer to everyday clothes or streetwear for the ordained. These include the banded collared shirts and roman cassocks we are used to seeing in movies or if we are involved in our communities enough to witness the work of the men and women of faith.

While their use is meant to be casual, they still maintain a characteristic distinctiveness. In fact, the word “holy” literally means “set apart” in its Hebrew form, so “holy” clericals are not meant to be “divine” but recognizable. They make it easier for the members of a congregation to identify and approach a religious leader outside the place of worship. It is also a powerful way for men of the cloth to widen the window of opportunities to talk about Jesus and our mission on earth.

Vestments are a completely different thing. A way to put it is to think of them as accessories worn on top of regular ankle-deep clergy attire. Vestments are meant to be holy in every sense of the word. Not only do they set apart the secular from the ordained, but they also give a lot of information about denomination, rank, and even the type of service in process. And there’s even a higher purpose to them: they give people a sense of witnessing something that has a deeper spiritual meaning.

What Constitutes Clergy Vestments?
One of the first things we notice during ceremonies is stoles or tippets worn by the presiding priest. These are the long rectangular pieces of cloth hanging vertically from a man of God’s shoulders during service. This element of clergy attire basically symbolizes the yoke of office, but there is a difference between tippets and stoles. Tippets are generally plain and come in solid colors, while stoles are adorned with outline crosses or symbols that give us clues about the denomination and rank of the priest.

Then we have cinctures, which are basically cloth belts worn around the waist. These must be plain and match the color of the cassock, but they traditionally boast a colored fringe trim at one end.

Zucchettos are a common sight in many churches. These are the small round hats that look like a pumpkin cut in half and have a very practical origin. Since wearing hats during service is generally frowned upon, cold days and freezing air drafts posed a problem for aged priests with waning hair. Zucchettos were created to cover a priest´s scalp during service, and have become an essential part of liturgical clergy attire.

The sleeveless white robe that we find between the tippet and the cassock is called a chimere or surplice, and it is also common in academic circles. Under the chimere, priests must also wear a rochet; a long-sleeved and ankle-deep tunic reminiscent of the ancient alb, symbolizing the purity of resurrection.

All these elements can be found in different colors and even manufacture quality. Divinity Clergy Wear specializes in high-quality clergy attire. You can find clericals made of breathable fabrics for everyday work, and vestments made with extreme attention to detail. Give them a call at 877-453-3535 to find out more about their products. Or visit their website at www.divinityclergywear.com.