Did You Know These Facts About These WW2 German Helmets for Sale? 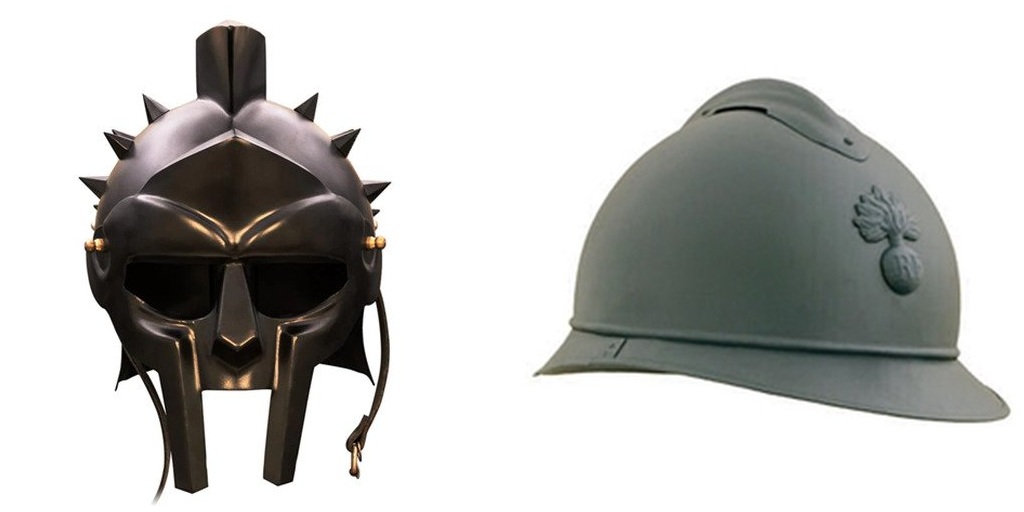 There are few pieces of military equipment more recognizable than the Stahlhelm, which was produced in a wide range of variants between 1916 and 1972.

Even the simple silhouette of the helmet is immediately recognizable and nearly 10 million were produced in the early years of production – through WWI – alone.

So – it’s widely-known and quite famous – but did you know these facts about the Stahlhelm?

● It’s not even from WW2!
You (and many others) might see a Stahlhelm and think, “that’s a WWII German helmet” but that’s not where the Stahlhelm began!

It was actually designed to replace the boiled leather Pickelhaube that was used in Imperial Germany in WW1. The Pickelhaube, which was mildly effective at protecting against melee weapons, was terribly inadequate at protecting the wearer against small arms fire, artillery, and shrapnel.

● It inspired the look of a famous villain’s helmet:
You may know that the “villains” in the Heer wore the Stahlhelm, but someone closer to home may have worn one, too.

Well, “closer” is figurative here. It was actually in a galaxy far, far away.

The design of the legendary Stahlhelm carried such immediately recognizable repute that the creators of Star Wars designed Darth Vader’s helmet after this WW2 German helmet.

● The design of this WW2 German helmet is considered one of the most effective of all time:
Many consider the Stahlhelm to be one of the most effective steel helmet designs ever produced. Not only were certain variants made from high-strength molybdenum-bearing steel – but the wide, low visor and the helmet’s skirt which extended down the base of the skull and neck also provided excellent protection to the wearer.

The Stahlhelm protected the temporal, frontal, and occipital lobes of the brain, as well as the base of the skull and neck.

● It’s not just German:
Well, in a way, it is just German – but the design has been widely used by other armed forces around the world. In the years since its first production, some variant of the Stahlhelm has been used in China, Chile, Turkey, Hungary, Bolivia, Poland, Ireland, Argentina, Yugoslavia, Austria, and many other countries.

●The 1942 variant was actually less protective than earlier models, despite the fact that it was developed during wartime:
In 1942, Hitler determined that it was time to “cut costs and maintain intimidation.” That’s paraphrasing, by the way, but the point is there.

So, the M1942 Stalhlhelm was born. The rolled edge was eliminated and the edge slightly flared out.

This cut manufacturing costs but reduced the level of protection the helmet could offer, especially around the base of the skirt at the back of the head.

So it is a rare instance of a design being harmed by ongoing developments. It turns out the M1940 or M1935 Stahlhelms might have been better.

● The helmet is not (typically) gray:
A huge amount of German field gear and equipment – including the Stahlhelm – was finished in a color known as Feldgrau or “Field Gray” in English.

However, Feldgrau, despite the calqued, literal translation, is not really gray. It’s actually more of a greenish color, not entirely unlike olive green. The German gray was a little more neutral in color than the warmer ‘Olive Drab” of American gear.

Looking for a Stahlhelm WW2 German Helmet for Sale for Your Collection?
Interested in adding to your collection with a realistic reproduction or a piece of field gear from the Second World War? Visit SARCO, Inc., online at SarcoIn.com to see their massive collection of military collectibles, including WW2 German helmets for sale.

Also feel free to visit them at their location at 50 Hilton Street in Easton, Pennsylvania, or to get in touch with them by phone at 610-250-3960.