Finding a Bayonet Compatible with your M1 Garand (M5, M5-1 and M5A1 Bayonets) 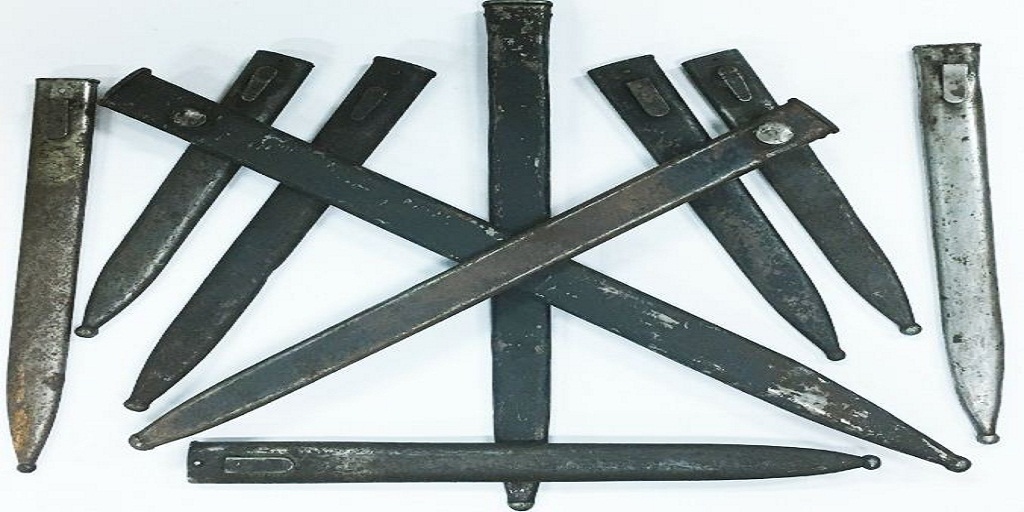 The M1 Garand was developed to replace the M1903 rifle that was widely carried by United States troops throughout much of the first half of the 20th century. To lay accolades at the feet of the M1 Garand would be pointless. It has already been called the greatest battle implement ever devised, and nearly a century ago at that. We can do little to aggrandize its reputation.

The M1 Garand did not simply rely on its heft and firepower to halt enemy combatants in their tracks. It also contained bayonet lugs and was compatible with several different types of bayonets. United States troops were trained in bayonet warfare and used them to varying effect through World War II and the Korean War.

The M5 Bayonet is the iconic bayonet that has been paired with the M1 Garand rifle. All three variants of the M5 share a lot in common. For one thing, they lack a barrel ring and look more like a classic fighting knife than a stereotypical bayonet. Instead of mounting via the aid of a barrel mount ring, M5 bayonets possess a stud that is compatible with the gas cylinder lock screw underneath the barrel.

All models of M5 were specifically designed for the M1 Garand and are not compatible with any other firearms. Typically, these bayonets can be identified in part by their black molded plastic checkered grips and parkerized metal parts. They have a blade of 6 ¾ inches which is fully sharpened along one end and possesses a sharpened false edge along the other side of the point.

The variants of the M5, including the M5-1 and M5A1 bayonets, are compatible with the M8 and improved M8A1 scabbards with which they are often found paired. For its part, the M5A1 was produced through the 1960s and was the last bayonet produced for the M1 Garand.

If you’re looking for a bayonet to mount to your M1 Garand and cannot locate an M5 or variant, remember that M1 bayonets that were produced for the M1903 rifle are also usually compatible with them.

However, your best bet to pick up a bayonet for your M1 Garand rifle – especially one in good condition from an original manufacturer like Columbus Milpar & Mfg – is to visit SarcoInc.com or in their showroom in Easton, Pennsylvania.

For years, Sarco, Inc., has been a leading supplier of firearms and parts, especially those that carry special historical significance. You can get a taste of what they offer in their online store at the address listed above, but if you need a little more direction finding parts and accessories compatible with your M1 Garand, reach out to them directly at 610-250-3960.