Get These Essentials M1A1 Parts at Sarco, Inc. 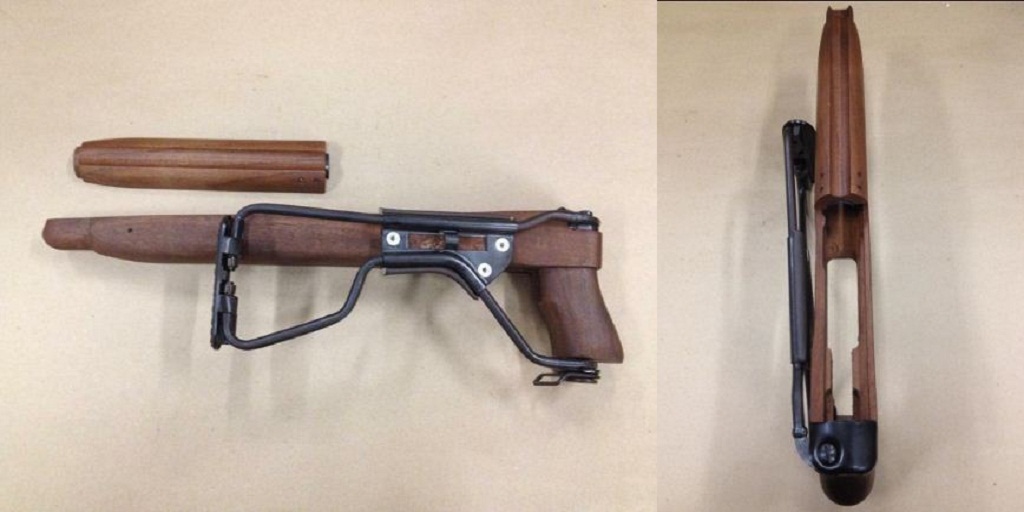 The M1 Carbine was produced for U.S. troops as a service rifle during The Second World War, and was later carried by American servicemen throughout Korea and the Vietnam War. Despite common gripes about the inadequacy of the .30 carbine in which it was chambered (the larger M1 Garand, which has been called the greatest battle implement ever devised, was chambered in the significantly more powerful .30-06 Springfield) it has since been adopted by paramilitary forces around the world and is now in the hands of a substantial number of civilians.

Also despite the gripes about firepower, the lighter, much more maneuverable M1 Carbine was produced in several variants, such as the M1A1, which was designed as a service rifle for airborne troops.

M1A1 variants are almost immediately recognizable by their folding stocks, which made them both more compact and significantly lighter, two factors which are chief concerns for paratroopers. Today, the M1A1 variant, though perhaps not as common as full-stocked M1 carbines, is still a popular rifle and an item of intense historical interest.

If you own an M1A1 carbine and are in need of M1A1 parts, take heed of the following suggestions, as these are some useful and practical parts for the platform, without which it will either cease to function properly, be difficult to carry, or will lose some of its central identifying features.

Onto what makes an M1A1 an M1A1 in the first place, and one of its most recognizable features, which is its folding stock. This is a part that can easily be removed, lost or replaced, and the stock itself is unique in that it neither locks open or closed but is held in place under tension.

If your M1A1 came to you without a folding stock, you can pick up a new folding stock, or just a critical component, like the lower stock wire itself, over at SarcoInc.com. They also have a number of other vital accessories like hinge pins and hinge springs for the same rifles.

Additionally, you can get other useful M1A1 parts and accessories, like slings for these rifles, at the same website. Since this is a light rifle that was meant to be carried easily and fold out of the way, a sling is just about the perfect accessory to pair with it.

Most importantly, if your M1A1 has experienced any mechanical failure or needs a part replaced to restore it, you can likely find those at SarcoInc.com as well, and if you can’t they’ll help you find what you need. As one of the internet’s largest suppliers of gun parts and accessories, they’ll make sure you’re outfitted with the parts you need to keep your M1A1 in prime working order.

To learn more about the parts they have available for historically significant rifles, including but not limited to stocks, barrels, hardware, bolts and bolt carriers, sights, slings, and much more, visit Sarco Inc.’s website, at SarcoInc.com. You can also call them for more information at 610-250-3960.

You will enjoy your childcare business only if you love kids and take delight in molding them. When you have successfully set up your...
Read more
Business

When the weather turns and ordinary materials simply can’t seem to keep out the cold air and biting winds, you need something with a...
Read more

Some Metal Roofing FAQs you must know