This Is the American-Made MP5 You’ve Been Looking for 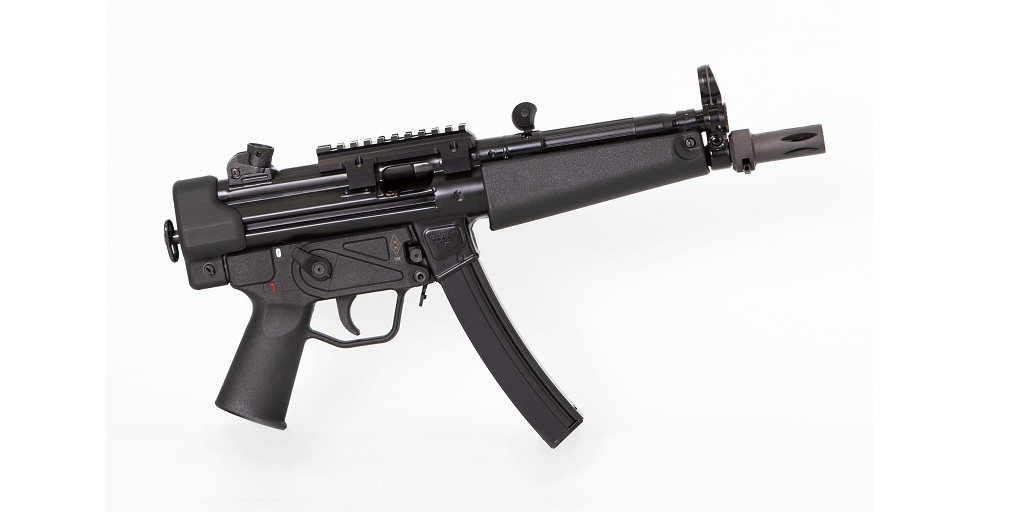 The Heckler & Koch MP5 is a legend of a submachine gun. In production since 1966 (an impressively long production run, to say the least) it has served militaries, law enforcement agencies, and intelligence organizations all around the world.

Its image has been helped along among firearms enthusiasts not only by the fact that it has been officially adopted by well over 50 sovereign states, but also by the fact that MP5 SMGs have been featured in films and video games, such as The Matrix, the Die Hard series, as well as Call of Duty, Ghost Recon, and other games.

Unfortunately, there are a number of reasons that it’s tough to get an MP5 stateside. One is that the official supply of MP5s and MP5 variants to the United States is low. HK only sends us so many every year and that’s basically it.

The other, more important reason is that, by virtue of the MP5’s selective-fire capabilities, the MP5 and variants are considered NFA weapons that require, as you may know, overcoming heaps of red tape and other rigorous requirements.

However, if you’re looking for an American-made MP5 lookalike – especially a semi-auto-only model that doesn’t require NFA checks, stamps, and registration – then look no farther than Zenith Firearms.

The ZF-5 is the American-made MP5 that will change the way you think about the platform.

Produced by Zenith Firearms (via the link above) the ZF-5 offers a lot of features that are unique to its design while keeping true to the colors of its inspiration, the original MP5.

Like the real MP5, the ZF-5 is built around the 9x19mm Parabellum cartridge. It’s an excellent anti-personnel round with tons of close-range stopping power, which remains light-shooting and does not present too much of a risk of overpenetration.

It also features the ZF-5’s roller-delayed blowback action, which is simpler in design than a gas impingement system and delivers less recoil than a direct-blowback action. Plus, it’s what the MP5 has – so if you want authenticity, this is it.

The ZF-5 also features an integral Picatinny rail over the receiver, which is a big bonus for those of you that want to mount optics or red dot sights to game up your gun’s “cool factor” and viability at extended ranges. The MP5 has a claw rail that could accept Picatinny adapters. The ZF-5 also comes with a removable Pic rail.

Another unique upgrade is the ZF-5’s inclusion of a 3-lug-mounted flash hider. Some MP5s were made with barrels that had lugs for mounting suppressors or flash hiders. Many do not, but the ZF-5 does.

Like the MP5, the ZF-5 features a cold hammer-forged barrel with 6 grooves and a right-hand 1:10 rate of twist. Cold hammer-forged rifling offers a superior finish and therefore greater accuracy over other forms of rifling, such as button rifling or cut rifling.

It also comes with a high-quality carrying case as well as a limited lifetime warranty. Have we mentioned that it’s made in America?

If you’re looking for an American-made MP5-style platform, you’ve just found it, especially if you’re interested in one that’s not capable of full-auto firing and so won’t require you to jump through the NFA’s hoops.