What are Cassocks and Where Can You Find Them? 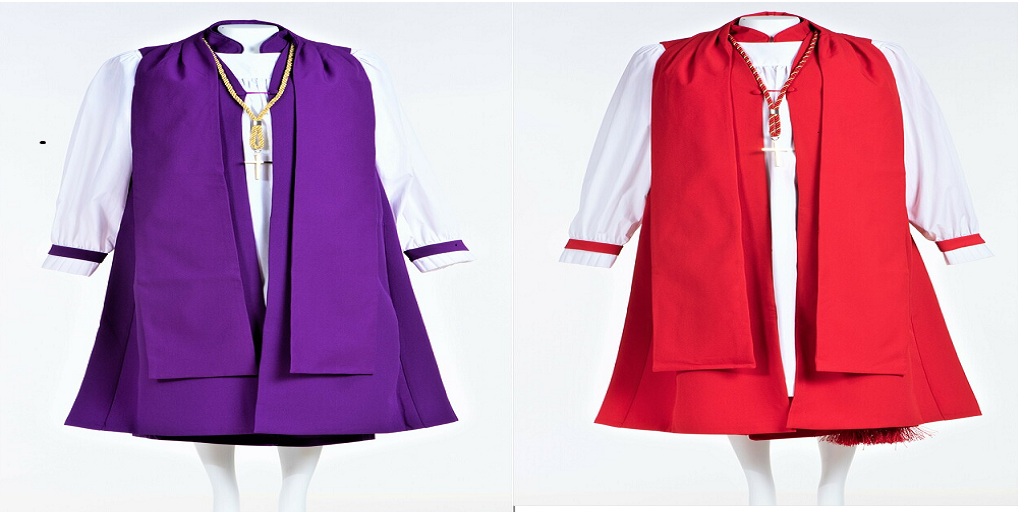 When appointed as a member of your church’s clergy, you are required to wear a uniform of sorts while attending the church and presenting to the congregation. Like most other occupations that require a uniform, members of the clergy are also required to wear certain garments and garb whenever possible at the church.

Not to say that official liturgical clothing is similar to a uniform, but its principles are the same. Liturgical clothing is similar to that of a uniform because it strips away the personality of who that person is outside of the church. While wearing clerical wear and garments, the person is shown to be in that particular position in the church, all depending on what kind of garments they are wearing.

This all happens to depend on the type of church you are in, as much of this clothing differs from denomination to denomination. However, there is a classic type of garment that is often worn by many clerical works and members of the church that you have probably noticed during service. That garment is called the cassock.

What’s a Cassock?
While you’ve probably never heard of this word before if you aren’t heavily involved with the church or know someone who is a member of the clergy, but you’ve definitely seen one being worn before. A cassock is a garment that is full-length, meaning it hits the floor. A cassock is typically one single color, usually black, and is worn by various members of the clergy including choir members, acolytes, and other people having some sort of official title within the church.

This garment is fairly common amongst clerical members, as it looks like a simple robe or dress that covers the entire body. While it’s considered a robe, it’s actually quite form-fitting. Wearing cassocks could have some significance, as well. Sometimes, you will see these garments being worn by seminarians that are in the midst of studying to become priests.

As mentioned previously, a cassock is quite commonly worn and can hold significance in many different realms. Can be worn by priesthood students, could also be worn by the highest titled member of the church.

These garments are usually colored black but can also be offered in red and white trim along with the cuffs and collars. They are quite striking garments when worn correctly, which is why they are so highly utilized and worn by the clergy.

Where to Find Cassocks
It can be difficult to find new clerical garments close to you. They certainly cannot be found in retail stores, so you must look elsewhere. By searching online, you will have much better luck finding the correct clerical wear that you need for your next church service.

To find a beautiful cassock and more, visit Divinity Clergy Wear. At divinityclergywear.com, you will find nothing but high-quality and affordable clothing that is suitable for clergy members of all titles. Visit their website today to get started.