What Defines the Benchmade Mini Griptilian in S30V (Hint: It’s the Steel) 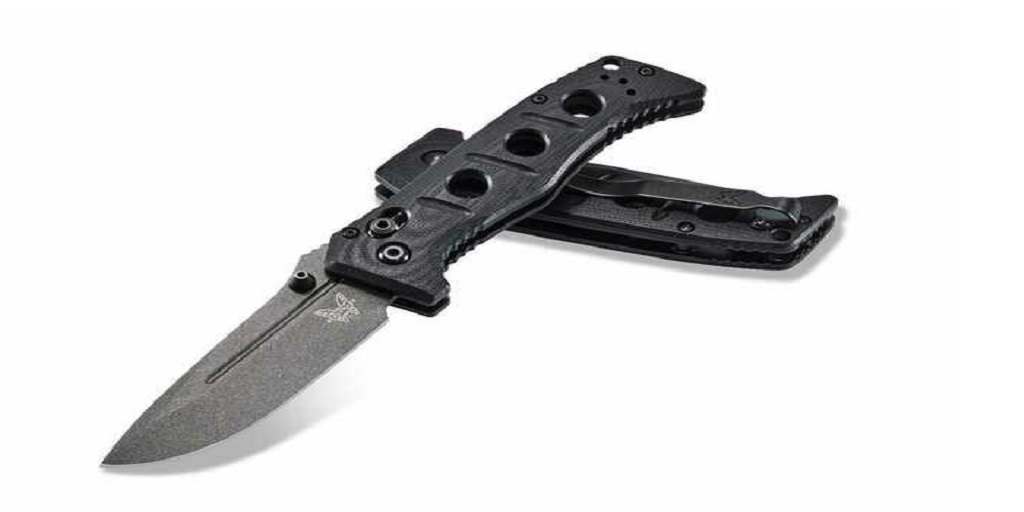 The Mini Griptilian in S30V is not going to win any beauty pageants, but it consistently ranks at the top of listicles for the “best Benchmade pocket knife,” and if we’re being honest, it makes the cut for some brand-agnostic features as well.

With it’s ho-hum aesthetics, simple polymer scales, and basic blade profile, it’s not the looks or fancy features that drive this knife to the top of these lists. Sure, it does have a super–strong AXIS lock, but even so, the same could be said for most other Benchmade knives.

So what really makes this pocket knife a winner (besides ergs and portability)? It’s the steel.

About S30V: Chemistry
This steel, which is also often referred to as CPM S30V, is a Crucible Particle Metallurgies steel that is actually fairly new. It is a high-end steel, one of the class that is commonly referred to as “super steel.”

This particularly alloy contains the following elements in according proportions:

CPM S30V also contains trace amounts of a complex blend of other elements:

This is a special type of steel known as a CPM steel, which refers to the manner in which it is made. First, the metals included are melted together to form a single homogenous mixture. Then. these are sprayed through a nozzle under high pressure. This forms small, equally homogeneous droplets of the alloy.

These are allowed to cool, at which point they will have an even carbide distribution throughout the matrix. Then, they are reheated in a process known as hot isostatic pressing before being forged into a completed knife blade blank.

This process results in even carbide distribution for greater edge retention and significantly cuts back on inclusions in the matrix. It produces more consistent, tougher steels.

So what does this matter in the field?

Field Notes: S30V in a Benchmade Pocket Knife
In practice, CPM S30V, which you will find on a Benchmade pocket knife like the Mini Griptilian, is an awesome steel that offers a lot of bang for the buck.

It has been said that a knife steel can largely be evaluated according to three criteria: toughness, edge retention, and corrosion resistance. In the days when 1095 and tool steels reigned supreme, it was said that you could get two of these in a single alloy, but not all three.

Modern metallurgies and steels like S30V have changed all that. This alloy, with its high concentration of chromium and even distribution of carbides, offers a serious balance of all three.

It is very, very strong and offers exceptional edge retention. Though it’s very hard, it’s not as likely to snap as other, more brittle steels. It’s harder to sharpen, but that comes with the territory.

In addition to superior edge retention and toughness, it also offers a lot of corrosion resistance, mostly thanks to its high chromium content. It can rust, but it’s a lot more resistant than old-school “high carbon” alloys. Wipe it down after use and you’ll probably never see a speck of rust.

Where Can You Get This Benchmade Pocket Knife?
If that sounds like the type of steel you want in a Benchmade pocket knife, we can’t blame you. Get a good price for it (or discover another Benchmade you like, such as the 940, Bugout or Adama) over at White Mountain Knives.

At WhiteMountainKnives, the selection of fixed and folding pocket knives is not to be rivalled. Whether you’re looking for a folding knife with a drop point blade or a partially serrated knife to use as a hunting knife, they have what you need – from top lines such as Benchmade, Buck, Spyderco, ZT, and many more.

Visit their website today to learn more and contact them at [email protected] if you have any questions about their products.