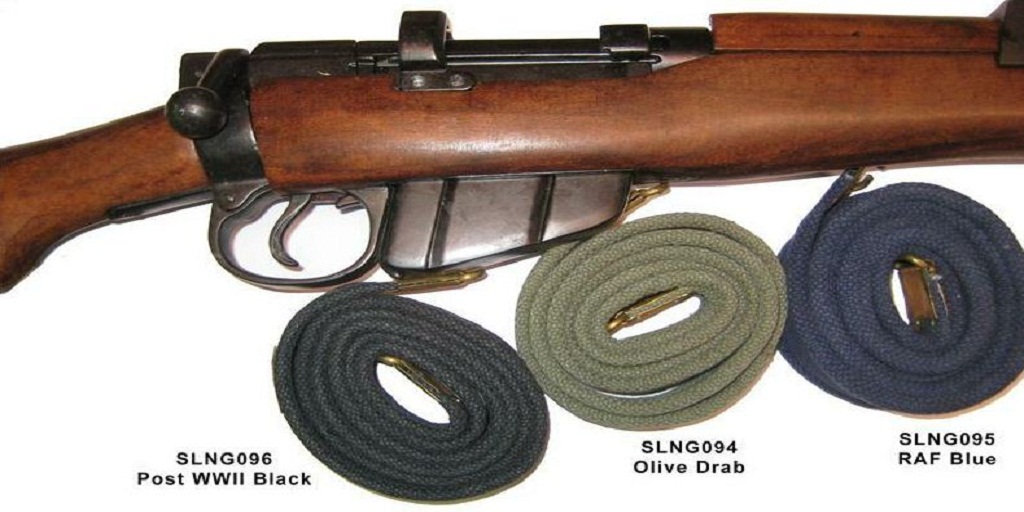 The 1907 sling, sometimes referred to as an M1907 sling, is a pattern of sling that was produced over 100 years ago, originally for soldiers who carried the M1903 Springfield Rifle. Traditionally patterned in leather, it is a piece of (soft) hardware that has garnered enormous respect among shooters, collectors and historians around the world and has greatly influenced the design of slings that followed.

The 1907 sling is a two-piece design, which is sometimes referred to as a loop sling. Like all generic rifle slings, the M1907 can be used to comfortably carry a heavy rifle over long distances and through grueling terrain, shifting weight from your arms and shoulders to your back, where it can be more easily managed. Additionally, and like other slings, the M1907 sling frees the wearer’s hands to carry additional gear.

However, there is another vital aspect of the M1907 that revolutionized the way soldiers carried and used their firearms, and which has defined the utility of a sling ever since. The reason for this is that the sling itself, which contains a loop, can be used as a shooting brace to stabilize the shooter’s arms while taking a standing, off-hand shooting position.

By inserting one’s arm through the open loop in the sling, and then cinching it down against the arm, a semi rigid brace can be formed when the butt of the rifle is drawn into the shoulder. The tension from the sling helps to stabilize the shooter’s position, enabling surer, steadier aim, and consequently, a potential improvement in accuracy.

In order to accomplish this stabilizing effect, the sling must be adjusted so tightly against the arm that a powerful effort is required to assume the shooting stance. However, when affected, the sling can be used as a very practical brace. This is something that soldiers came to know and love about the 1907 sling, and it’s popularity continues to this day.

However, these slings remain popular for several additional reasons as well. For one, they may be permitted in competition, enabling off-hand shooters to shrink their groups. Hunters and other outdoorsmen may appreciate them because they are effective braces when no other supports can be gathered in the field. There’s also the fact that they are objectively useful slings and that they are a downright handsome addition to any firearm that will accept them.

1907 slings also carry historical value. Because they have remained popular for so long, they have been in favor for nearly a century. If you’re looking for a way to add value to your M1 Garand or M1903 rifle, or to give them the appearance of greater authenticity, it certainly can’t hurt to add an M1907 sling to the picture.

All that’s left for you to do is find one. Visit Sarco, Inc., at SarcoInc.com, a firearms and firearms parts company with years of experience sourcing, trading and evaluating firearms and military collectibles. You can visit them in their store in Easton, Pennsylvania or reach them by phone at 610-250-3960, but plenty of customers shop their online collection with ease as well. If you need help finding the sling you want, just give them a ring.

Consumer electronics such as smartphones have advanced our lives in many ways. They make it incredibly easy to stay in contact with loved ones,...
Read more
Business

Out of all of the different kinds of coats and jackets on the market, ones crafted out of fur have stood the test of...
Read more
Business

The bachelorette party—a night of fun and excitement organized by friends—is their gal’s last hurrah before tying the knot with the hubby-to-be. So much...
Read more