Why Are Carbide Thread Mills Better For Crafting NPT Threads? 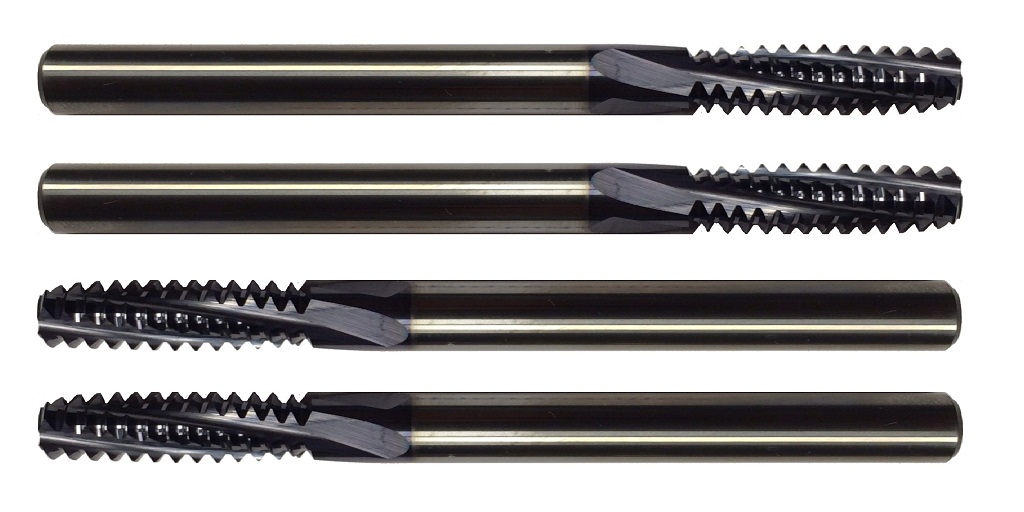 Even in the age of high-performance machining, when it comes to creating NPT threads, tapping still holds a place in most machine shops. Drilling a hole, through or blind, and then using the corresponding tap to create threads.

This is indeed useful in certain environments that do not require a lot of threading, or when working with soft materials such as wood or even aluminum. However, for operations that involve complex parts that need to be perfectly aligned and carefully threaded, Carbide thread mills (CTM) are a more reliable solution for making NPT threads with ease.

What Are Carbide Thread Mills?
Carbide thread mills resemble high-speed steel (HSS) thread mills but are made of tungsten carbide instead. Carbide is extremely hard; four times harder than steel! Carbide thread mills can be made with multiple cutting edges, or just a single pitch thread mill, which allows them to perform much faster when creating an NPT thread.

Carbide mills are created by a radically different process than steel bits. Carbide bits are not hammered or cut into shape like high-speed steel (HSS) taps. Carbide mills instead start out as a solid piece of material that is ground to shape using extremely precise ultra hardened grinding tools. Carbide thread mills also contain no lead angles, resulting in a “true” NPT thread and allowing for easy chip removal. Carbide thread mills are inherently stronger than high-speed steel taps.

Carbide bits are specifically designed with a very sharp cutting edges, which reduces the force needed to initiate threading. The sharpness of the cutting points combine with carbide’s resilience means that these tools can cut harder and faster without suffering the same kind of heat fatigue as steel tools.

Carbide thread mills have a longer life span and don’t need to be replaced as often as HSS taps. Carbide mills are also able to cut through tougher materials with ease, which includes steel, stainless steel, Inconel, and even hard tool steels. Carbide taps are also offered in a variety of sizes for all types of threading operations. While carbide tools tend to be more expensive, they are less expensive than HSS in the long run because of their increased hardness and durability. Carbide mills also create a clean, smooth surface, unlike other taps that tend to leave behind debris and unthreaded chips.

Carbide thread mills are used in all types of applications such as oil & gas, aerospace, orthopedic implants, the medical device industry, surgical equipment, tools, valves, and even plumbing. In all, carbide thread mills provide better quality control compared to HSS taps because they tend to produce more accurate results each time they’re used. Carbide is a top choice for machinists who need a fast solution when it comes to making NPT threads.

They are also more versatile as you can use them to create both male and female threads on a variety of materials. Carbide thread mills are also able to achieve greater tolerances compared to high-speed steel taps which require more time and effort when creating an NPT thread. Carbide thread mills provide faster cycle times, greater accuracy, and better repeatability for machining operations.

While all those are amazing benefits for machinists who need to keep their threading operation smooth, there is another advantage when using carbide thread mills over traditional taps: they never get stuck inside your piece when they break. Given their smaller size, you can thread NPT all day long without endangering your part.

Of course, you need high-quality carbide tools if you want to take full advantage of this super composite material. Visit Online Carbide today and find the best solid carbide thread mills for your NPT operation today and join the world of high-performance machining.