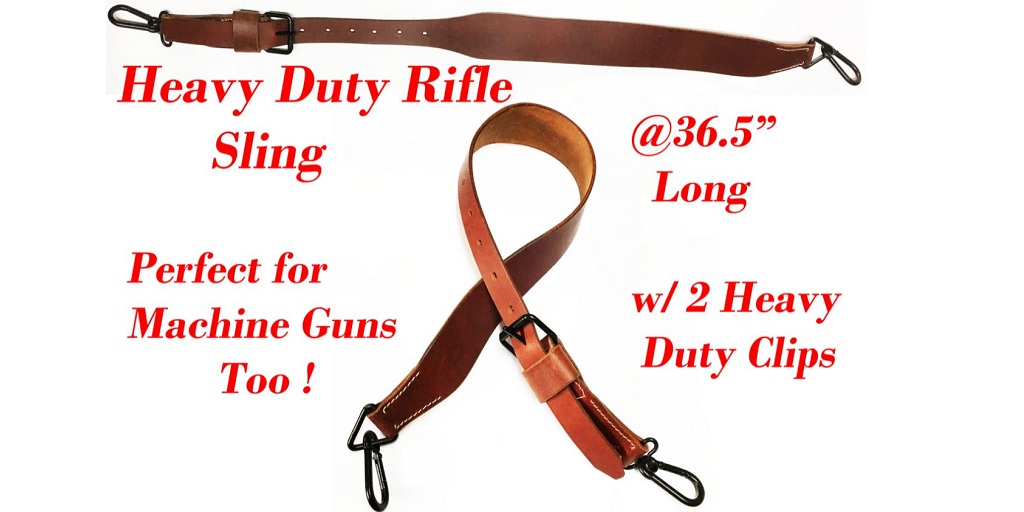 Rarely does a firearm accessory earn so much praise that it can simply be known by the sequence of numbers that denote it as a model or the year in which it was produced.

There’s only one that readily comes to mind, actually, and it’s the 1907 sling. Because of its far-reaching utility and unmatched innovation, this is a model that has stood the test of time and is still revered today.

Beyond Portability
Any sling, 1907 or otherwise, can be a valuable implement in the field, especially when you’re out and on your feet for hours if not days at a time. For soldiers, it’s an even bigger boon. A sling not only frees the arms from the burden of carrying a rifle, but it liberates the user’s hands to carry additional gear.

It all comes down to one basic feature of its design that makes it useful as a sort of “surrogate” shooting platform – a huge bonus for soldiers or hunters that need to shoot offhand at a moment’s notice.

No Bipod? No Problem! (Sort of)
Much of what makes the Model 1907 sling so unique is actually a feature that is common among rifle slings: it is made from two pieces of leather that can be adjusted to provide for comfortable carry.

However, those two strips of leather can be adjusted for another, equally valuable purpose. By adjusting the length of the two straps, the shooter can place his or her support hand through one of the loops, with the back of the arm pulled tightly into the end of the leather loop.

When adjusted properly, this brace formed by the 1907 sling helps to stabilize a shooter’s stance, even when shooting, standing, offhand. It holds the support hand taught, minimizing instability and helping a shooter cinch down on groups – vital for accuracy at range.

For even greater stability, a shooter could instead choose to brace the support arm using the 1907 in a sitting position. The support arm would be braced in the manner described above, but the elbow of the support arm could be rested on the shooter’s knee.

It’s not a bipod, but it’s a close second and it offers a lot of stability in the field, at a moment’s notice.

That’s why the M1907 sling has remained popular and is widely respected, well over a hundred years after its development and introduction.

Get Your Own at SARCO, Inc.
No room for a bipod on your rifle? No interest in carrying extra accessories, but still need to connect with targets at extended distances? Consider learning how to use a 1907 sling as a substitute for a bipod or a benchrest.

Visit SARCO, Inc. to learn more about available slings for your rifle or to pick up a 1907 sling – you can also visit them at their physical storefront at 50 Hilton Street in Easton, Pennsylvania, or contact their customer service team at 610-250-3960.