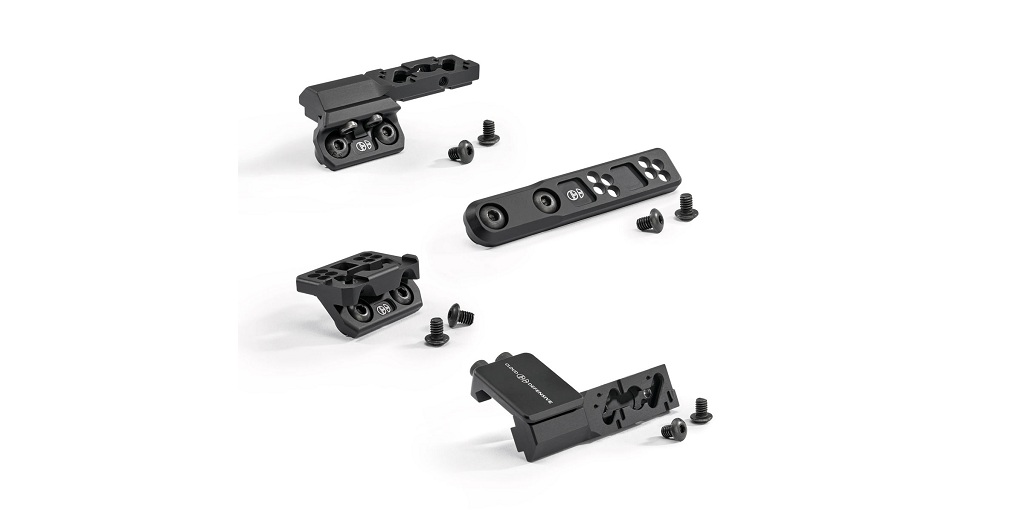 This shouldn’t be the case, since the mounts you pair with your light must be durable, functional, allow for expanded ergonomics, and ideally, protect your light from concussion and fouling.

An Overview of Torrent Weapon Light Mounts
Cloud Defensive’s “Torrent series” of weapon light mounts, designed in conjunction with Impact Weapons Components and Haley Strategic Partners, is intended to offer the most advantageous balance of durability, versatility, and price in the industry.

These weapon light mounts are available in four different configurations, designed for use with both Picatinny and M-LOK systems.

Their Torrent Inline M-LOK Mount allows for direct mounting to an M-LOK handguard, without the need to tack on an additional rail mount. Cloud Defensive also offers a Torrent Offset M-LOK Light Mount, allowing for positioning of the weapon light at 10:30 or 1:30 o’clock positions as opposed to the classic 9 and 3 o’clock positions used with classic standard mounts.

Cloud Defensive also offers a Torrent SBR M-LOK which, like the Offset M-LOK mounts, also allows for the light to be mounted at a similar angle. However, this SBR M-LOK pushes the body of the light slightly forward, about one inch, keeping as much open rail space as possible behind the light, allowing for a surer grip, better control, and more confident handling.

The Torrent series also provides an SBR Picatinny Mount, that offers the same advantages of the SBR M-LOK mentioned above but is designed for use with Picatinny rail mounts and handguards instead. Like the SBR M-LOK, it keeps as much rail space clear for better control and handling. It also allows for 9, 12, and 3 o’clock positioning and a very secure fit to the rail.

As far as compatibility is concerned, the Torrent series of weapon light mounts are compatible with Cloud Defensive’s REIN and REIN Micro weapon lights as well as those of several industry competitors, including all SureFire M300 and M600 Scout Lights (excluding the M600 AA), as well as many lights that follow the Scout mounting footprint. They also work with Streamlight Protac rail mounts 1, 2 and HL-X, except the Torrent Inline Mounts which are only compatible with Protac Mounts 1 and 2, but not the HL-X.

A Word on Offset Weapon Light Mounts
There’s a lot of buzz about offset weapon light mounts, and before you dismiss it as nothing more than hype, regardless of your experience, hear us out.

Offset light mounts, for one thing, keep your iron sights (as long as they are themselves not offset) clear and open up your sight picture.

Of course, most of you probably mount your light on the sides of your rifle, so you might not be concerned with iron sight obstruction. However, offset weapon light mounts also protect the light from the muzzle blast – which, over time, can cause percussive damage to a tactical flashlight.

Granted, if the light is mounted to the rear of the muzzle, percussive damage might not be a prime concern, but offset light mounts also diminish the accumulation of fouling and residue on the lens of the light. Additionally, offset mounts help to slim the profile of the rifle, making it slimmer across its horizontal axis.

Food for thought, if you’ve never tried an offset mount before.

Learn More at Cloud Defensive
Interested in learning more about the specific Torrent series light mounts? Visit Cloud Defensive online at CloudDefensive.com or contact [email protected] if you have specific questions or concerns.