Why Would You Need a Used Apple Keyboard? 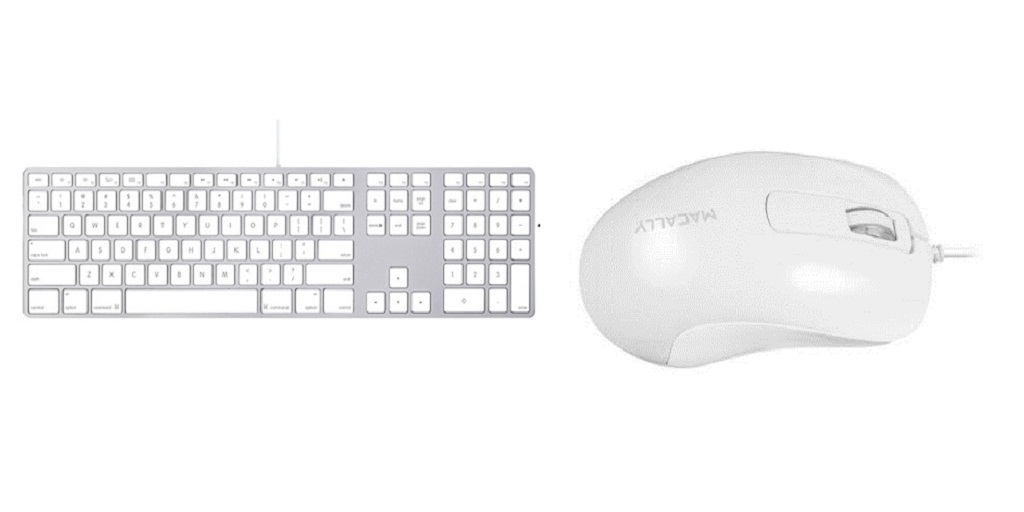 You already have a perfectly functional keyboard right in front of you. Why would you ever need a used Apple keyboard on top of that?

The following guide will point out some of the reasons why it’s always a good idea as a Mac owner to have the proper accessories on hand and why you don’t have to spend a ton of money to do so either. Even if you have never experienced any problems with your keyboard in the past, you’re going to want to read ahead.

Always Have Backup Accessories
As a general rule of thumb, it’s not a bad idea to have spare Mac accessories on hand. Yes, even if you are using a MacBook and not an iMac or other kind of desktop computer.

You might be wondering what the logic in this is, but if there’s one constant with keyboards is that even the high-quality ones can malfunction given enough time. They are one of the most used and most relied upon parts of any computer. What’s significant about a laptop compared to desktop models is that the keyboard that “comes” with your computer is the one you will wind up using the most until it simply wears out. Unlike with a desktop computer where you might be inclined to buy a new one every so often, thereby getting rid of one that may be slightly worn out without you even realizing it.

Despite the fact that Apple makes great computers, if you pound on the keys long enough, one of them is bound to break or malfunction in some way. And of course, such problems are typically easy fixes, but until you get your laptop repaired, you will be minus an “a” key or something equally aggravating. You might wind up not really even being able to put your laptop to good use in the interim. Wouldn’t it make a lot more sense to have a backup Apple keyboard on hand?

In the case of desktop computers, it makes just as much sense to have a used Apple keyboard waiting in the wings as well. You never know if something will go awry with your current keyboard. Maybe it is relatively new and you simply knock it off your desk by accident or spill something on it. Accidents like this are more common than you think no matter how responsible you are.

Well, you don’t want to be without a functioning keyboard, right? This is especially important if you need your computer in order to perform critical work-related tasks. Having to immediately drop what you are doing to go out and purchase a new keyboard is not only a massive inconvenience but might be somewhat expensive as well.

You Don’t Have to Pay Full Price
Concerned about having to pay full price just to get a backup keyboard? You don’t actually have to get a brand new keyboard at a major department store or anything like that.

Instead, you can simply visit Mac of All Trades. They are a respected source for used Apple computers and other Apple devices. They also carry a wide assortment of accessories and Mac parts as well.

Their used Apple keyboards are thoroughly refurbished for resale and are available at great prices as well, which means you can easily snag a backup keyboard for your current computer at a bargain price. All of the peripherals featured in their online store are also backed by a warranty, making Mac of All Trades the best place online to easily get the Mac accessories you need.

Choosing the perfect knife is constantly a thing of supreme importance for any knife enthusiast old or new. Regardless if it's supposed to be...
Read more
Business

We all know just how important it is to find the most affordable, functional, and user-friendly computer. When that happens, we grow attached to...
Read more
Business

What do violin strings and cutting tools have in common? I know this is a weird question not many machinists ask during their lives, but...
Read more

Which Is Better? A Laptop Or A Personal Computer For Gaming