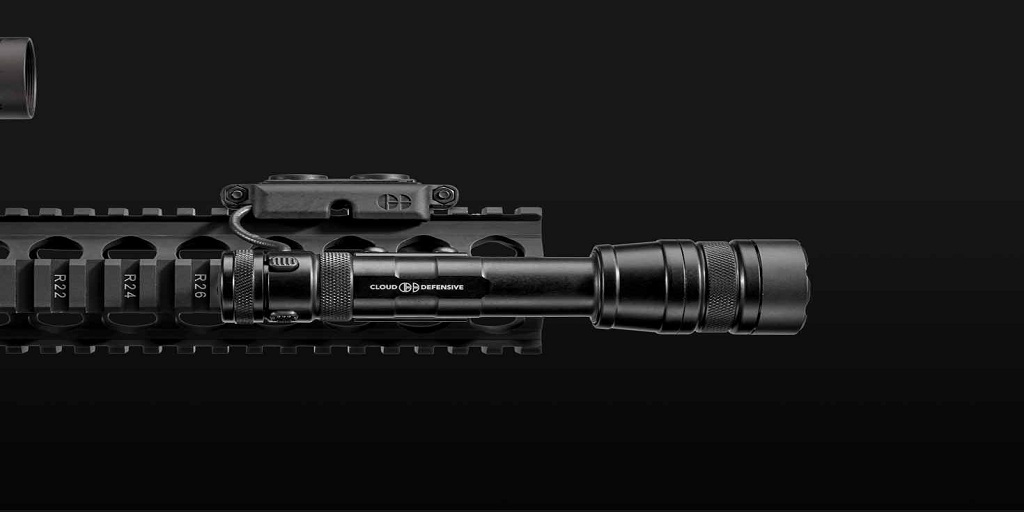 Ask any group of shooters which AR upgrades and attachments are the most vital and you’re bound to get some variation in responses.

Some AR furniture and upgrades, like offset, backup iron sights, and quality optics, are nearly universally popular. Most shooters would agree that they add value.

Then there are other attachments, like brass catchers and AR weapon lights, that not all shooters use.

However, proponents of AR weapons lights make some really good arguments in their favor – and let’s face a fact: your AR probably has plenty of available real estate for a high-quality weapons light.

Here’s why you should add one to your rifle, for home defense or otherwise.

Gather Information
Let’s just get this out in the open. Bad things happen in the dark, possibly even the majority of them. It’s been observed before and nothing about that is going to change. What you can’t see can harm you.

Basic preparedness dictates that you need to be able to see, even in the dark, in order to gather information about your surroundings so you can practice diligent, situational awareness. Even a light without a firearm gives you a heightened ability to assess threats, terrain, and interposing barriers. A light on your rifle simply implies greater preparation.

Unencumber Your Support Hand
A rail-mounted tactical light also frees your support hand. It’s a harrowing experience having to probe the dark or clear a room, and you need to be able to exercise the greatest control possible if you ever need to do so.

Do not make the mistake of juggling with an unmounted light in your free hand, as some pistol shooters do via the Harries Flashlight Technique. Passable, even practical with a handgun, it is dangerous with a rifle.

PID
Without establishing PID, it’s impossible to safely neutralize a hostile target. A utilitarian AR weapon light with shooter-friendly features such as a concentrated beam and a warm white light that penetrates photonic barriers makes it much more practical to make a positive identification of a target, even at extended ranges in the dark.

Beyond the Target
What’s around and beyond the target is every ounce as vital to situational awareness as the target itself. A weapon-mounted light will enable you to see around the target – if there are additional unfriendlies – as well as beyond and behind it.

Discourage Attackers
A tactical flashlight with a mounting system that enables you to attach it to your handguard also serves a potentially non-lethal purpose: Startling or disorienting a would-be perpetrator with a bright weapons light will enable you to see their actions more clearly and will make it difficult for them to see.

Less to Carry
Finally, an AR weapon light is just one less thing you need to throw in your bug-out bag. (although you should always practice the philosophy of “Two is one, one is none.”)

All the same, mounting an LED flashlight to your AR may help lighten the load of any gear in your pack or vest.

To learn more about the many ways an AR-15 flashlight can improve the overall utility of your chosen platform, visit Cloud Defensive, producers of the OWL and REIN, at CloudDefensive.com or contact them at [email protected]