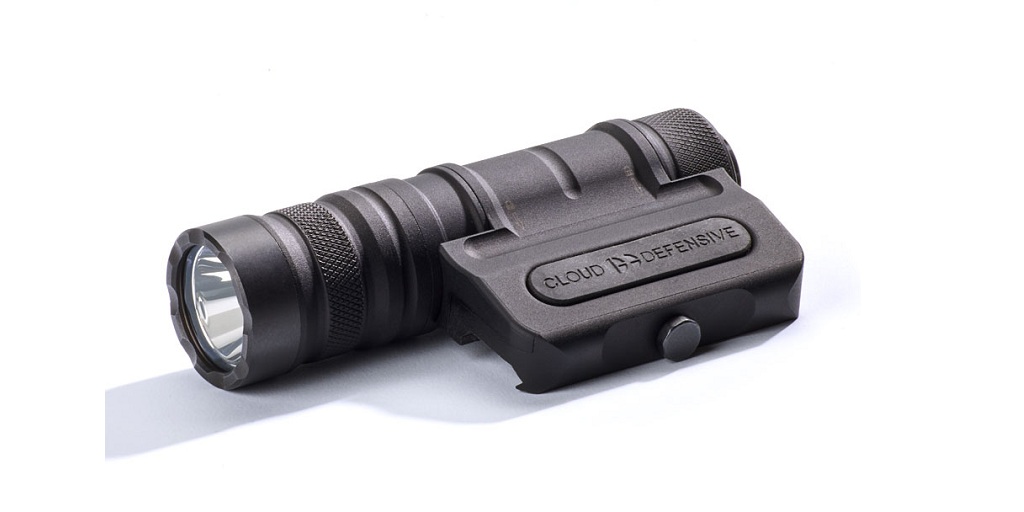 Specifically, you need to keep your long gun light clean. Those weapon lights mentioned above are corrosion-resistant, shockproof, dustproof, and waterproof, but even an everything-proof light will still accumulate fouling on the lens, and only fools let fouling ruin a good weapon light.

Why You Need to Clean Your Rifle Light
If your rifle light sits all the way up at the front of the handguard, nearly next to or just behind the muzzle, every time you pull the trigger, you’re going to be blasting the light with fouling and carbon residue. After a couple of hundred rounds, you’re going to notice that that lens will get foggy or brown – this is discoloration from the gases ported at the muzzle.

Does it destroy a weapon light? Not necessarily, and weapon lights like the REIN and OWL are effectively immune to ingress from outside dust, so in that respect, fouling won’t compromise their functionality.

But what can happen is this – a vastly diminished performance in optical output. If you allow carbon residue to build up on the outside of the lens, over a while your rifle light will not perform as expected, and what you can’t see can kill you. This makes it even more imperative to keep your Picatinny rail-mounted light clean, especially if you use it for home defense.

So be smart and clean your rifle light after every couple hundred rounds or as needed by following the basic instructions below.

How to Clean Your Rifle Light
Cleaning your rifle light can be as straightforward or as involved as you like. If you’re looking for a low-cost, low-tech way to clean your rifle, just get some rubbing alcohol – the higher proof the better. Opt for the 91% rubbing alcohol as this is a stronger solvent and also dries more quickly.

Drop a little 91% rubbing alcohol on a small microfiber cloth and rub it over the lens of your weapon light. Wipe the residue off with a clean microfiber cloth and it’ll lift right off. You can use paper towels or q-tips but we advise not to because these may leave fibers behind on the lens. You can also use a gun cleaning patch if you can spare one.

For advanced carbon build-up, you may instead opt to use a dedicated fouling solvent. Just be 100% sure the solvent is safe to use with all of the components of your gun light and only apply it very sparingly. Some solvents can destroy gaskets and other polymer or plastic components. If the build-up is particularly severe, you may use a nylon gun cleaning brush to scrub it off the lens. Avoid brass and steel brushes as, even though these won’t scratch glass, it’s not worth taking the risk.

Dry off the now clean lens and reassemble your tactical light – and there you have it, a fresh, clean WML that’s ready to roll.