An Underrated Quality Among Shell Catchers for AR Style Rifles 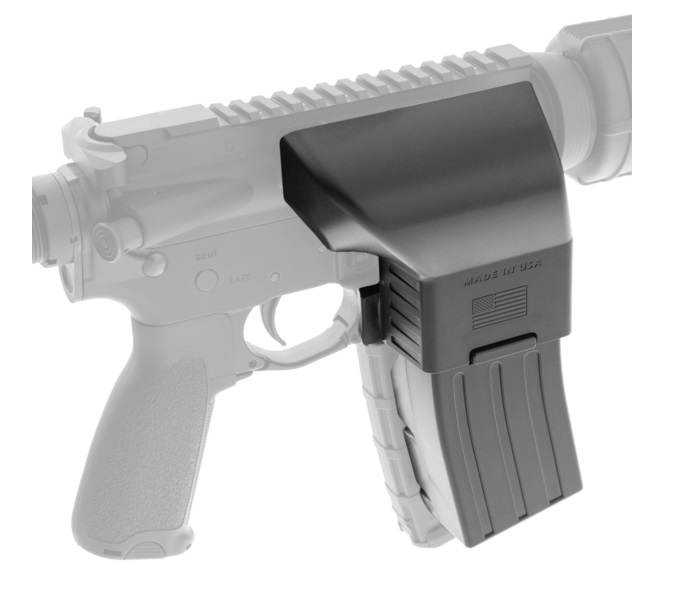 Everyone has their own reasons for needing a good shell catcher for AR style rifles. Perhaps the fact of the matter is that your range won’t let you leave brass on the ground (not that you’d want to, with supply the way it is, right?) and perhaps you just hate going around and picking up your spent brass that your rifle has spit into the nether regions. Fired brass has a way of disappearing in grass and among woodland debris. It’s a nice idea that you’ll just pick it up later, but plenty of casings get permanently introduced to the wild in that fashion.

At any rate, now is not the time for digression. The function here is to shed some light on what might rightly be called a highly underrated feature among shell catchers for AR style rifles, and that is heat resistant.

Whether you own your own platform or you enjoy range therapy with a friend who has a sporting rifle, you don’t need us to tell you that brass gets hot. Autoloaders are downright reckless with how they handle that spent brass, too. You don’t want to be on the wrong side of the ejection port during a period of intense fire. The left side of the lane’s bench will be rolling with steaming hot brass after only a few seconds.

Most of the time this isn’t an issue. You just don’t touch the brass for a few minutes and let it cool down and that’s that. The problem you’ll run into arises when you want to add a brass catcher to your platform.

Many shell catchers take the form of mesh bags with a zipper at the bottom that attaches to your Picatinny rail, sometimes with a hook and loop. These rail brass catchers are convenient and provide easy emptying, but even if you overlook (no pun intended) the fact that they obstruct your sight picture, there’s another issue.

In a word, these (often) nylon mesh bags advertise heat resistance, but they often melt and depending on what they’re made of, might even catch fire. Is that something you can deal with? Sure, but it’s not something you’d want to.

Besides, if your brass catcher does melt or catch fire, it’s going to be a real cleanup that you’ll wish you could have avoided, and believe us, you could have.

All you need is to be a little more judicious with your choices in attachments. There are brass catchers that are, to put it plainly, designed better. One of them is the Brass Goat by Magwell Mounts, available at BrassGoat.com.

The Brass Goat is made of high-impact molded ABS resin. Believe us when we issue that statement that it will neither melt nor catch fire, at least from spent casings, that is. It’s also low profile, won’t obstruct your sight picture, and can attach to your AR lower receiver Magwell within seconds.

It’s convenient, durable, and won’t melt or catch fire. It also prevents brass from flying all over creation and making a mess for you to manage later. To learn more about the specifics of their designs as well as how to mount it and get the most from it, visit brassgoat.com or contact their team at 1-833-MAGWELL.

Shopify is one of the best eCommerce platforms out there right now, but this fact won’t matter if no one can find your website! While...
Read more
Business

Land surveying is an essential component of any construction related or activity being taken up on a piece of land. What makes it even more...
Read more
Business

Women are always in search of the perfect activewear. As an advocate for those who are naturally more gifted, being one myself, I know...
Read more

Updating Your Home With a LED Corner Floor Lamp