Are Automotive LED Light Bulbs Worth It? 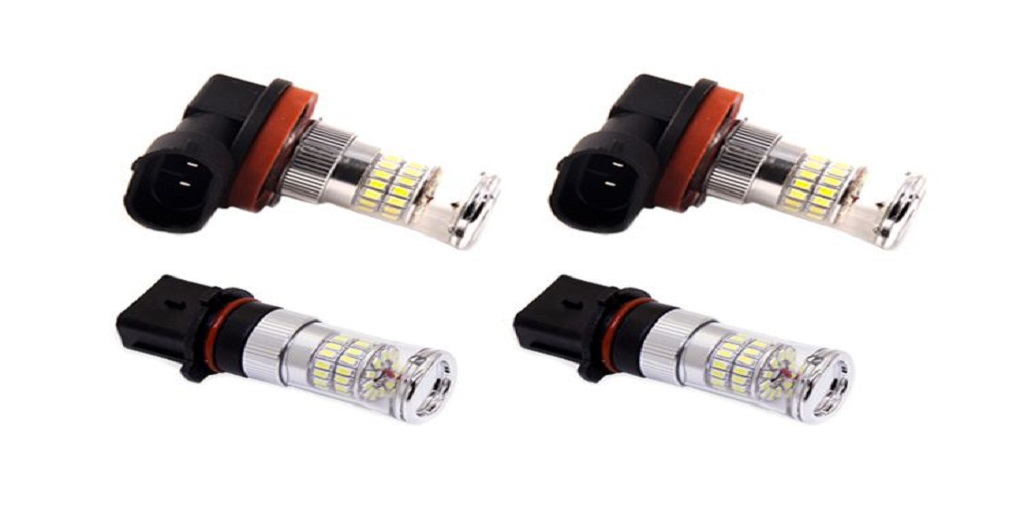 The bulb consists of a glass sphere, within which is contained a filament. When the bulb is placed into a socket and fed power, electricity flows through the filament and the resistance of the filament produces visible light in a process known as electroluminescence. The filament would rapidly oxidize (in other words, “burn up” and the light would burn out) were it not for the fact that incandescent bulbs contain a blend of gases that help to forestall oxidation.

Automotive LED light bulbs, by contrast, are not really bulbs in the true sense of the word. They consist of a small chip semiconductor known as a diode, often encased in a small plastic or epoxy sphere that serves as the “bulb” but is solid, contains no gases, and only serves to protect the diode.

When power is fed to an LED, electrons saturate one side of the diode and want to flow to the side that lacks them, across what is known as the p-n junction. When the electrons jump across this junction, they release energy in the form of visible light.

While it is not solely apparently from this high-level exposition of how LED and incandescent light bulbs work, LEDs have a large range of benefits over incandescents. Now that there are a range of practical, affordable, reliable solutions in automotive LED light bulbs on the market, here are some of the things you can come to expect.

LEDs last significantly longer than incandescent and halogen lights because there is no filament to burn out. In addition to their longer lifespan, they also draw much less power, which can potentially save you money on energy costs or in vehicle battery life. Moreover, LEDs reach their full brightness immediately and are not affected significantly by extreme temperatures or other environmental factors that would destroy or incapacitate incandescent lights. High-quality LED lights, such as auxiliary lights, fog lights and tail lights, can also be engineered to provide superior optical focus, making them not only super bright but super focused.

When they were first developed, LEDs were cost-prohibitive to adopt and also were difficult to retrofit to existing fixtures. However, over the years, better technology has been introduced into the industry and some developers have produced automotive LED technology that can be easily retrofitted to existing vehicles. These types of LED lights offer all of the benefits mentioned throughout this article and many of them are plug and play solutions, meaning they can simply be fitting into an existing bulb’s socket once the old bulb has been removed.

You can find many of these types of high-quality retrofits, upgrades and replacements at Diode Dynamics online at DiodeDynamics.com. Their automotive LED technology is designed for and driven by performance, and has defined the industry for over ten years. If you’re looking for better, brighter, longer-lasting, more reliable LED lights for your car, truck or Jeep, visit DiodeDynamics.com today and start making it happen.

Whenever you move into a new place, it can be difficult to figure out how to make an otherwise dark and dreary room seem...
Read more
Business

LEDs took the market by storm about 20 years ago when the price of semiconductors that are used to make them fell precipitously. Since then,...
Read more
Business

Although it’s easy to think about name badges, photo IDs, and other unique identifiers as a line item that must be reduced, it’s more...
Read more