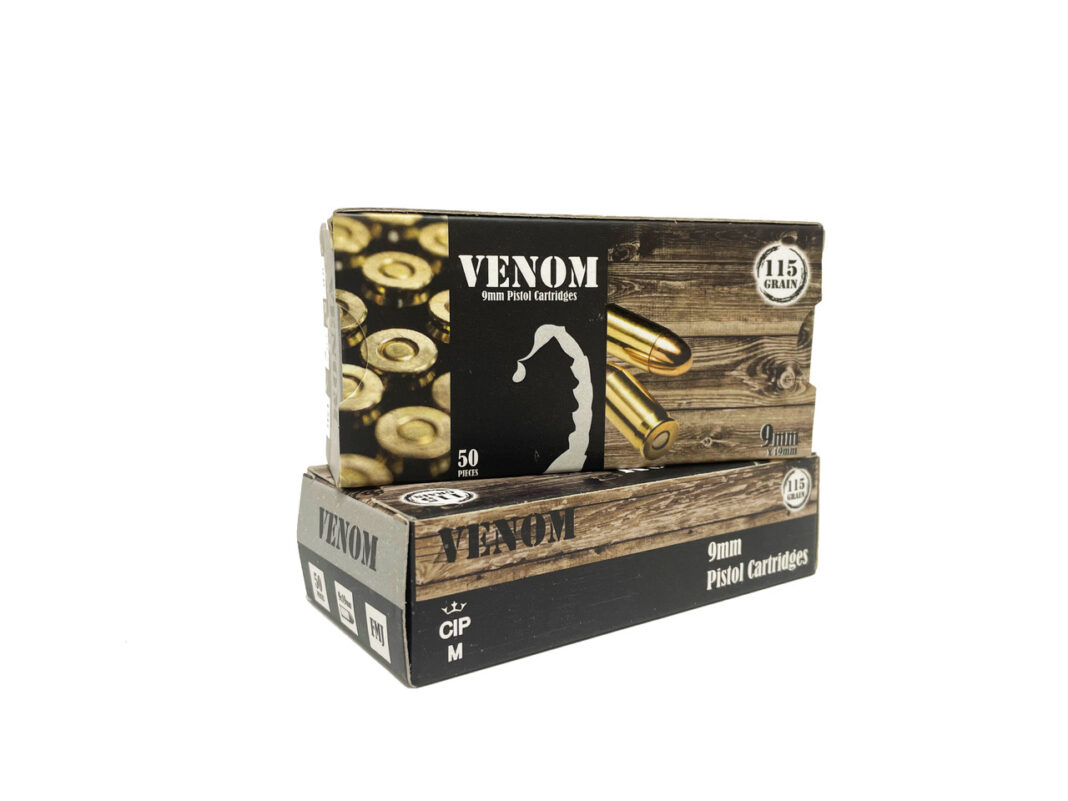 As one of the most ubiquitous cartridges produced in the world today, the 9mm Luger is in high demand and widely supplied. Consequently, you’re likely to come across quite a few different types of bullets loaded in these cartridges.

These are among the more common types. If you’re still learning about the different types of bullets (not all 9mm ammo is the same!) get familiar with these.

Lead Round Nose (LRN)
Lead round nose 9mm ammo is relatively uncommon but it does exist. Lead round nose bullets consist of a raw (non-jacketed) lead bullet with a smooth, rounded nose with no pocket or hollow recess.

These are affordable and the soft lead point is more likely to expand or deform on impact. The lead round nose offers a decent balance between penetration and expansion, making it suitable for self-defense and hunting.

Flat Point (FP)
Flat point bullets (also known as flat nose), which can be either plated or jacketed (see below), are better at cutting a clean hole in paper targets, making them suitable for matches and competition where precise scoring is necessary.

The full metal jacket (often copper or a copper alloy) encloses the bullet core completely. This type of ammo is less likely to deform on impact, offering superior penetration power.

Another similar style is a metal-cased or metal-plated bullet. These are like a hybrid between lead bullets and jacketed bullets; they are cleaner than lead, yet more affordable than jacketed bullets.

Hollow Point (HP)
Hollow point bullets have a depression at the center of the nose of the bullet. These bullets expand on impact, releasing all of their energy into a target.

This makes them useful in self-defense situations and in any other situation in which over-penetration is a concern. Keep in mind, however, that HP bullets fall short on penetration when compared to other types of bullets.

Wad Cutter (WC)
Wadcutter bullets are somewhat similar to flat-nose bullets, except the bullet typically does not extend beyond the cartridge rim.

These bullets are also used for scoring in competition because they punch a clean hole through the paper; hence the name.

Boat-Tail Bullets (BT)
Relatively uncommon in pistol loads, boat tail bullets (BT) have a pointed nose and a tapered base, making them more streamlined. This makes them more stable in flight and more accurate at greater ranges.

Common “Combinations”
It is common for manufacturers to load their cartridges with bullets that meet one or more of the conditions listed in the previous sections.

Where Can You Get Great Prices on Ammo Online?
Looking for great prices on your favorite target loads, but finding shortages at your local gun shop? We’re going on three years of ammo shortages now, leading shooters to turn to eCommerce for relief.

Check out Bucking Horse Outpost online at BuckingHorseOutpost.com. They carry a wide range of 9mm ammo from Speer, Federal, CCI, TulAmmo, and other leading manufacturers at great prices. Visit their website today, stock up, and save.