How Are Fastpitch and Slowpitch Softball Different? 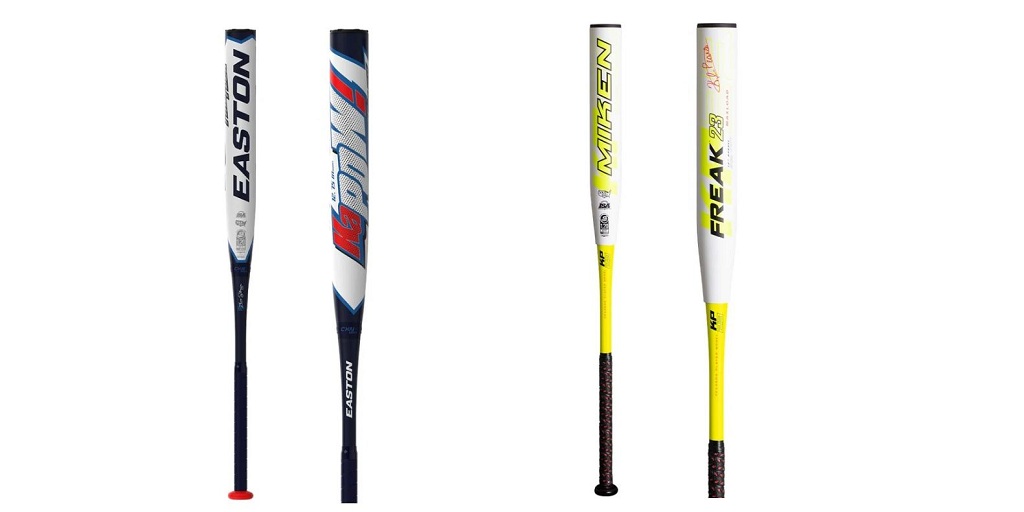 We all know that there are vast differences between the two sports softball and baseball. For the most part, the latter is played by men, they have a smaller ball, the diamond is significantly larger, and they have grass in the infield.

Softball, on the other hand, can be played by men or women (not usually coed, however), the ball is larger, the diamond is smaller, and there is no grass in the infield.

Pitch Speed and Trajectory
As you already might have gathered, there is a notable difference between the pitching in both types of softball (you just need to look at the names for a clue). In fastpitch softball, the pitches range in speed depending on the level and age of the players, but they can reach 50 or 60 mph. They also are thrown using a windmill-like motion in an upwards direction.

Slowpitch, though, doesn’t use the windmill-like motion at all. Pitchers simply step and throw the ball underhand. These are thrown at an average speed of 10 mph and, in many leagues, there needs to be an arc ranging from 6-12 feet in height.

The weights and drop weights are also specific for each. Slowpitch bats tend to be heavier (around 25 to 30 ounces) while fastpitch bats are lighter (23 to 28 ounces). As for drop weights (difference between the length and weight of the bat overall), this measurement is key for fastpitch. However, it is not used at all for slowpitch bats because it’s not necessary.

Another stark difference with stealing is that, while fastpitch players can steal, slowpitch players actually cannot steal at all as it’s illegal. They must return to their base unless the batter strikes the ball.

Bunting
One of the most popular offensive maneuvers in softball also varies between slowpitch and fastpitch. In fastpitch, players will quite often hold their bat out in front of the plate in order for the ball to strike it, then land somewhat close to the batter’s box. This is usually a way to advance a runner or two and is sacrificial of the batter.

While this is a commonly acceptable move in fastpitch softball, bunting is completely illegal in slowpitch softball.