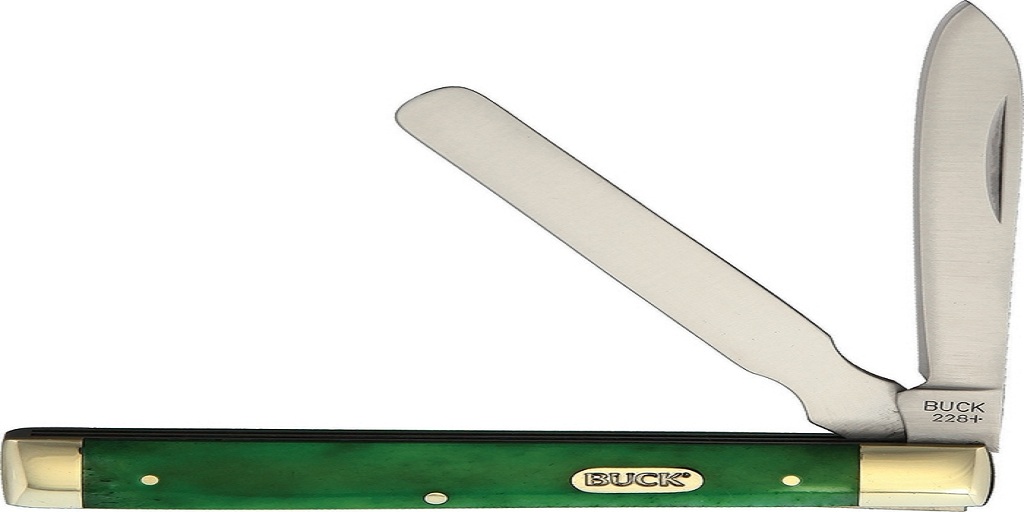 What can be said of Buck Knife Company that hasn’t been said yet? They’ve been called legendary, come with a Lifetime Warranty and make use of high quality materials like brass, nickel, ebony, micarta and others.

Many of their blades are made with 420HC stainless steel that is finished with Paul Bos’s exceptional heat treatment, mating their corrosion resistance to exceptional strength and edge retention. If you’re looking for a Buck survival knife, you’ll be well served by a dedicated model like the Selkirk, but others, such as the venerable model 110 Folding Hunter or 119 Special also will not flag.

In other words, the best knife for survival is the one you actually have on you, and Buck is a brand that won’t disappoint. If you’re in the field with your favorite Buck, remember you can use it for any of the following survival skills – and more:

-Starting a fire with a ferrocerium rod.

-Preparing tinder for that fire from shavings using the spine of the knife.

-Carving camp tools like spoons, toothpicks, and stakes for tents.

-A Buck survival knife can also be used as a cooking implement if you lack one – just be careful exposing your blade to heat as this can ruin the steel’s temper.

-Batoning through logs for firewood and splitting kindling.

-Splitting natural fibers that can be used in the production of cordage.

-Create a maul that you can use, with your knife, to fell a tree if you lack a pack ax or hatchet.

-Cutting your way out of a vehicle, or clearing debris.

-A survival knife can be used as a digging tool, although this is not recommended.

-The point of your knife can be used to drill small holes through wood panels or planks.

-A knife tip can be heated to sterilize it, after which point it can be used to dig out splinters or drain pustules.

-Mirror polished blades can be used as reflective mirrors for signalling.

-Not advisable – but you can lash a survival knife to a shaft to make a spear for dispatching wounded large game.

-A flat pommel (such as the Buck Selkirk’s) can be used as an improvised hammer.

-A survival knife can also be used (with care) to open packages, boxes, and even cans and bottles.

-A knife can also be used as a prying tool (just don’t concentrate all of the force on the tip).

-A knife can be used to form a hardwood bowstave.

-You can heat a knife blade to cauterize a wound, but this should only be performed as a last resort.

-A sharp knife can be used to remove ticks and splinters – proceed with caution.

-Use the tip of a knife to drive screws – carefully.

-Finally, a knife can be used for the most basic of survival purposes – self defense.

Ready to put your skills to the test with a new Buck survival knife? You’ll need the outdoors (you’re on your own for that) and Buck knife itself. For that, visit White Mountain Knives at WhiteMountainKnives.com. Their collection of Buck knives is without comparison, and their prices are great – plus, orders in the U.S. get free shipping!

The world seems to be obsessed with gaming computers. If one only pays attention to online ads and sales, there is apparently only one...
Read more
Business

CIVIVI is one of the most well-respected of all modern knife brands, especially for collectors and enthusiasts, as well as for those who need...
Read more
Business

Out of all the brands that emerged as vaping began to increase in popularity, Puff Bar has been able to stand out and capture...
Read more