Is a Dick Butkus Jersey The Most Sought After Chicago Bears Jersey of All Time? 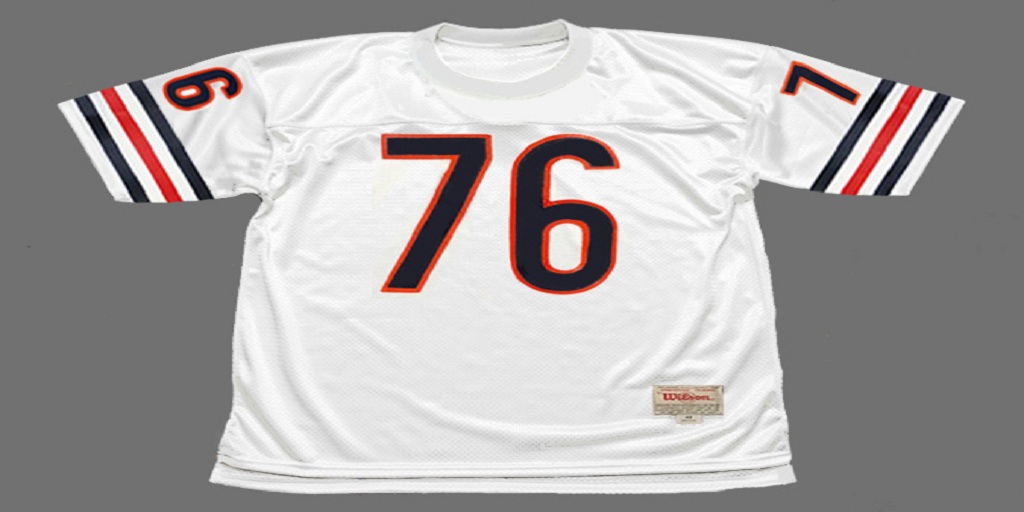 Dick Butkus… that name may sound a bit funny the first time hearing it. But let me assure you when this man was on a football field it was no laughing matter. At least, it wasn’t for the receivers and running backs that had to try and get past him. Dick Butkus was one of the greatest linebackers to ever play the game of football. There’s a reason a Dick Butkus jersey is hanging in the hall of fame today.

Growing up in Chicago, Dick was one of eight children. Dick started his professional football career in 1965 when he was drafted by his hometown team, the Chicago Bears. Dick Butkus rookie jersey was number 51 and he wore that number for all of his career. Dick had some tough shoes to fill, as he was meant to replace Hall of Famer Bill George at middle linebacker. However, Dick managed to live up to expectations.

As a rookie in the NFL, Dick had a major impact on the Bears. He earned his classification as a ball hawk by intercepting five passes and recovering six fumbles for turnovers. He sadly did not win the title of Rookie of the Year although it is widely believed that if there was a “Defensive Rookie of The Year Award” in 1965 Dick would have won it with ease. That year he went on to make his first of many Pro Bowl appearances.

If you’re looking to buy a Dick Butkus jersey online, you’re probably already aware of the type of player that he was on the field. He was a force to be reckoned with. He spent the entirety of his career wearing a Chicago Bears jersey. Obviously, he is renowned in the city of Chicago, so much so that they retired the number 51 jersey, but he was such a fantastic player that he became a fan favorite around the country.

After the title of NFL Defensive Player of the Year was invented, Dick Butkus went on to win it twice in 1969 and 1970. He was a 6x first-team All-Pro and a 2x Second-team All-Pro. His list of statistics and awards could span a great distance and it’s believed that if some of the awards that exist today existed in the late ’60s, that list would have been even longer

Where to Find an Authentic Dick Butkus Jersey?

An indisputable phenomenon in the world of football, the legend of Dick Butkus will live on for a long, long time. You can help keep that legend alive by sporting a #51 Chicago Bears jersey in his honor. However, jersey shopping can be tough especially when it comes to classic players, who haven’t been in the league for years.

Finding authentic jerseys that look just like the era that the player was involved in is a tough task, but when you know where to look it makes things a little bit easier. So if you’re wondering where to get a Dick Butkus jersey, CustomThrowbackJerseys.com offers authentic jerseys from 1969 and 1972 available that are the same style he wore during those seasons.

These jerseys are manufactured by Wilson and are officially licensed throwback jerseys.

When working with Custom Throwback Jerseys you won’t have to worry about cheap knock-offs that won’t last or don’t look like the real thing. All of their jerseys feature sewn-on lettering and numbering to really give them that authentic look. No other Chicago Bears player will wear #51 on the field again, but you can own it and rock it in the stands or on your couch today.

There’s growing nationwide concern about sustainability, which has influenced the decisions of both consumers and manufacturers and will only continue to influence trends moving...
Read more
Business

There are more than 160,000 small businesses in Alberta today. And their number makes up 95.5% of all companies in the province. With this...
Read more
Business

Small businesses are critical to the economy of Calgary. They create local employment, generate revenue, and contribute to cultural and community development. Compared to...
Read more

About FUBUKI Mitsubishi Shafts: A Consistent Performer with Solid History