Is a Surplice the Same Thing as an Alb? 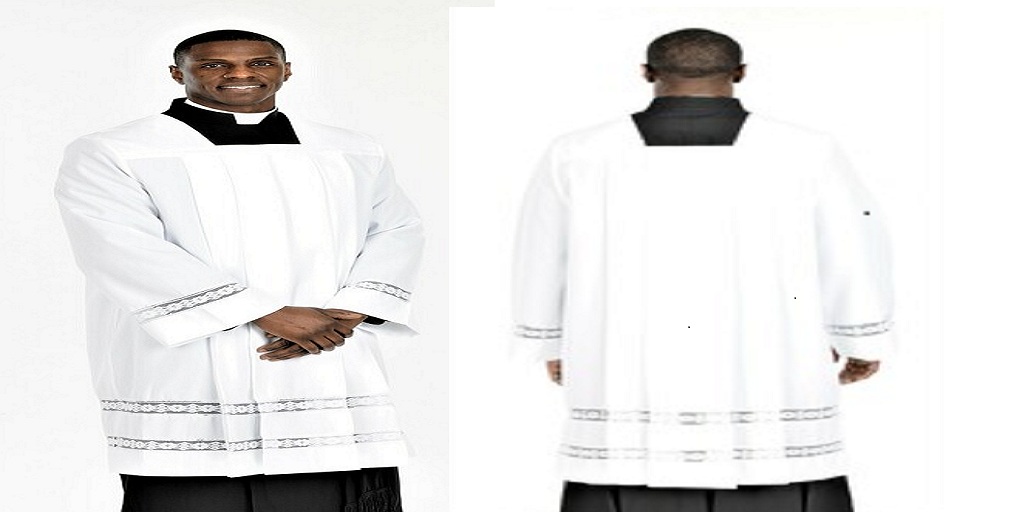 If you’re here for cold hard facts, then we’re about to make this easy on you. No – a surplice is not the same thing as an alb. You can stop reading now if you like.

Those of you still along for the ride, we have only to assume that it’s because you want more qualifying information and a bit of an explanation before you go on your merry way. No, a surplice is not an alb – but they sure do look similar.

The surplice is a mid-length (typically reaching to the knees), white garment that is typically made of white linen or cotton; sometimes a mix of both. The surplice tends to have wide sleeves and a square yoked neck, and it is sometimes worn by priests, acolytes and acolytes.

When worn by priests, the surplice is typically worn over a cassock when the priest is supporting a service and not serving as a celebrant. For this reason, the surplice is also worn by acolytes and altar servers as a part of their dress. Choristers are also typically arrayed in surplices, over top of any other robes they are wearing. Members of the laity that are assisting with a service may also choose to wear a surplice.

Now to the matter of the alb. As you may have already astutely noticed, an alb is also a white garment, similar to a white surprise, although the alb is used differently and appears differently as well. The first thing you will notice about an alb is that it is much longer.

The classical alb usually reaches to the ankle. It is considered a liturgical vestment and it is worn by members of the Roman Catholic and Anglican churches as well as a few other Protestant sects. This full length garment arose from a simpler Roman tunic and its name comes from Medieval Latin for “white,” referring to the color.

Today the alb is typically worn by ordained members of the clergy presiding over a Mass service, over the top of the other liturgical vestments, although it can also be worn by lay members supporting the service.

Over the centuries, perhaps at some point during the Middle Ages, the alb was shortened to the knee, after which point it became known as a surplice. It also gave rise to another garment known as a rochet, for that matter.

So, in short, an alb and a white surplice are not quite the same thing, although they appear to be very similar and they are actually related.

If you’re interested in learning more about surplices, albs, rochets and other interesting clerical vestments and supporting garments, visit Divinity Clergy Wear online at DivinityClergyWear.com. There you will find a wealth of information, along with the vestments themselves.

For those of you in their area, visit them in their showroom in Hamilton, New Jersey, where you will be able to ask their helpful staff any remaining questions and potentially get a firsthand view at these different vestments. You can give them a call at 877-453-3535 to learn more or schedule a time.