Pick up a Rock Island Pistol and Save 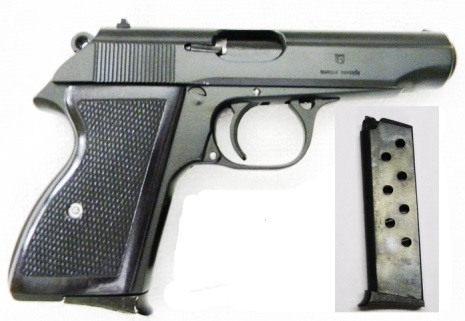 Everyone loves an M1911, or some variant of that original platform. If the AR-15 can be called America’s rifle, then, well, there’s a good portion of the population that would feel well served if we said the M1911 could be called America’s handgun. Widely used by American forces throughout history, reliable, and downright iconic, the 1911 and the countless variants it has spawned is firmly entrenched in the estimation of shooters and firearms collectors around the country – and the world.

Because of its popularity and wide number of applications including but not limited to competition shooting, recreational shooting, concealed carry and even home defense, the 1911 is one of the best selling pistols of all time. It is so widely sold, owned and used that it has inspired countless “remakes” among other firearms manufacturers.

Some of these go by the name of Rock Island Pistols. Rock Island Armory, based in the Philippines. One of the interesting things about Rock Island Armory, or RIA, is that the company has been around for many years and it produces some 1911 variants that are generally well regarded and have been widely acclaimed for their practicality and reliability.

Just like many other 1911 pistols and variants, Rock Island Pistols exhibit a fair deal of variability; among the models they produce are those based on the full size 1911, the Commander 1911 and the compact 1911. Because there are so many different variants produced by Rock Island, making precursory claims about specifications is a little bit nebulous, but there are a few things that can be generally noted about Rock Island models.

At first glance, nearly any Rock Island 1911 is visually very similar to the original 1911 pistols on which they are based, but there are a few things that can be noted. Assuming you are looking for parts or accessories for a Rock Island, there’s a good chance that if you’re looking at an accessory for a comparable 1911, it will be compatible with a Rock Island handgun, but to be sure you can always contact the seller.

A commonly observed feature of some Rock Island 1911s is that they have small front sights and rear sights, which is something that can fortunately be reasonably addressed. Even if you don’t want to replace your sighs, you can always go about modifying the pistol to take a laser sight or some type of optic.

It’s also been noted that some Rock Island handguns can be slightly picky about the ammo that they take. Some shooters report slightly unreliably cycling with some grades and weights of ammo; the thing about this is that it can probably really only be assessed on a case by case basis.

Given these observations, there is one very large draw of Rock Island models that you’d probably want to know, which can be extrapolated into two. To lead with the lesser of these, many Rock Island models are very bare-bones and are very basic pistols without any fancy or additional features. Most of them look pretty plain, too. In addition, they are downright affordable. It is probably the price more than any other feature that makes Rock Island 1911s so popular. Shooters looking to pick up a model of a 1911, but with no other recourse, can be well served by a Rock Island.

That still leaves interested parties with the onus of discovering a source for Rock Island pistols, accessories, and compatible parts. Shop online with Sarco Inc., at SarcoInc.com and save on your parts and accessories. If you need something for a Rock Island, they either have it or they’ll help you find it. Check their website today to see for yourself and if you need more convincing, call them at 610-250-3960.