PVD and a Folding Utility Knife: A Perfect Combo 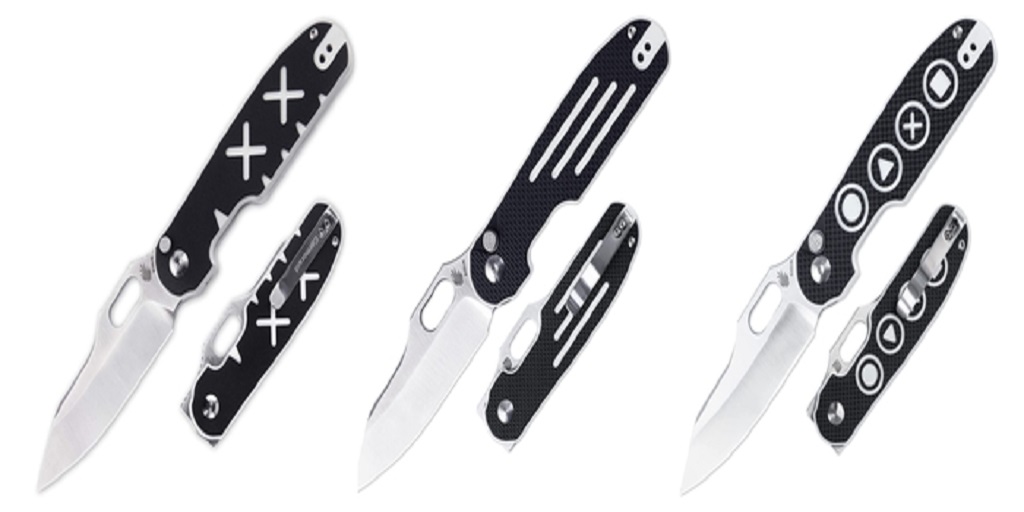 When CJRB released the original Maileah a while back, the knife world was abuzz. Designed by Sharp and Pointy Swaggs specifically to serve as an EDC knife for ladies, the Maileah didn’t take long to make waves among male knife owners, too.

So when CJRB announced it was once more partnering with Swaggs to produce the More Maileah, which is literally the same exact knife in a larger format (with some color/hardware adjustments) it was well-received.

Personally, I can say that I was excited since I’ve been carrying my original Maileah for a while now but always wished it was a little bit bigger. As an EDC knife, it’s serviceable, but the larger, more robust More Maileah will do better as a folding utility knife – I’m confident of that.

Here’s the catch. I went to pick up a More Maileah – I wanted two, both with stonewashed blades, but only one stonewashed version was in stock so I sucked it up and got a second with a black blade.

I wasn’t happy about it, because I’ve owned “knives with black blades before,” and in my experience, they were either powder-coated, like an ESEE, or just painted black.

Powder-coating is great. It’s a pretty strong protector against corrosion. As for blades that are painted black, well, they look cool, for a while. Then the paint starts to chip, not to mention that black paint offers little if any protection against the elements.

So, as you can understand, I wasn’t particularly thrilled about getting a More Maileah with a black blade, since the picture clearly showed that the blade wasn’t powder coated. I just assumed it was painted.

Boy, was I wrong. CJRB has gone above and beyond with this treatment on the More Maileah – and it’s not either of the things I assumed it was. It’s PVD – which offers better performance and aesthetics than black paint or even powder coating.

PVD, which stands for “physical vapor deposition” (as I have since learned) and refers to the process of vacuum deposition in which thin films of a protective substance can be applied to a material – in this case, the steel of a blade.

There are all sorts of protective coatings that can be applied and there are a wide range of methods that can be used to apply them, and PVD offers a lot of advantages. Often the coating applied is harder and more durable than coatings applied by electroplating. PVD coatings can also be environmentally friendly and allow for more than one material to be applied at a given time.

Most importantly, PVD solves some of the problems associated with powder coating. For one, powder coating can wear or flake off. That’s almost impossible with PVD. Secondly, PVD only minimally changes the finish of the blade, keeping it smooth, and therefore better for slicing tasks. Plus, it looks cool and it won’t wear off.

I was wrong to assume that CJRB would give me a short stick with a paint-coated blade, especially after having carried the smaller version so long, and seeing how that little thing exceeded my expectations. I’m looking forward to seeing how the More Maileah does the same in its role as a folding utility knife.

If you’re looking for a pocket knife like this for use as a utility blade, a heavy-duty box cutter, or just for EDC, check out White Mountain Knives online at WhiteMountainKnives.com. They carry a wide range of folding knives and other utility knives with belt clips and other nice features, and all at great prices.

Right now, you can get a More Maileah on their website for just over $50, and they even offer some deals for under $50 for knives that have been returned or have open boxes. That’s the best deal you’re going to get on a knife like this so don’t pass it up.