The Best Time To Get a Gaming PC Computer is Now 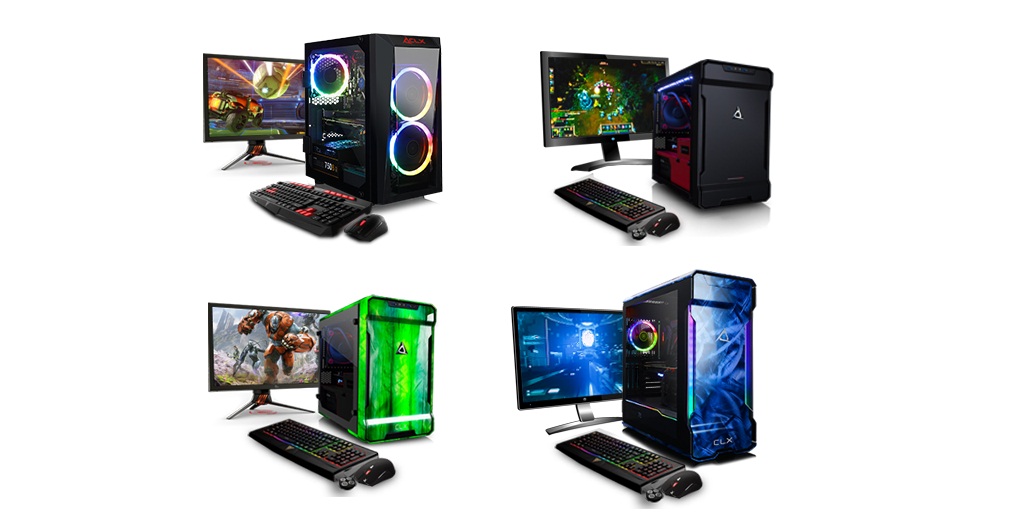 The world of gaming is evolving at a rapid rate. Just looking back at the last decade alone, video games have changed in ways that we didn’t even think possible. 10-years ago Microsoft’s Kinect seemed like it would become the future of gaming, but now you can put on a VR headset and fully immerse yourself in the experience.

One form of gaming that is more popular than ever is PC gaming. With cross-platform gaming, another aspect that was merely wishful thinking even just as little as five years ago, becoming a feature included with many of the top-played games, more and more people are switching to Gaming PC Computers. One of the primary reasons that PC gaming has taken so long to reach the levels of popularity that it has in recent years is due to the console wars of the 21st century.

In the days before cross-platform gaming, you were forced to choose a gaming platform and were only able to play online with those that used that specific platform. With Playstation and Xbox being the popular choices for gaming, that only meant that more people would select those platforms so they were able to play with their friends.

Now that many games offer cross-play there’s really no reason not to get into PC gaming, where there is much more customizability than with those other platforms. Apart from cross-play, the other major benefit of owning a gaming computer is the incredible graphics.

The Importance of Graphics Cards
In 2021, Gaming PC Computers are able to handle some truly amazing graphics. Even some of the cheaper prebuilt gaming PCs have video cards that can handle some of the biggest and best games available right now. One graphics card that is a top-tier option when it comes to PC gaming is the GTX 1660, or more specifically the Nvidia GeForce GTX 1600 SUPER.

The Geforce GTX 1600 SUPER is 20% faster than the original and when it comes to battle royale games or any multiplayer game it can give you a higher FPS rate. Having a higher frame rate makes for a great gaming experience and can give you the edge to get the win. Another card in the same family that is able to handle an impressive amount due to its innovative design is the GeForce RTX 3080.

The future of graphics seems to all be revolving around ray tracing. Ray tracing is a newer way of rending both light and shadows within a game. If ray tracing is so innovative and revolutionary then why isn’t it used on all systems for all games. The answer is simple. It takes a lot to simulate every ray of light that’s produced by a single source. You need a powerful graphics card to handle it.

PC gaming is on the rise and is becoming more convenient than ever when it comes to graphics, speed, and the ability to play cross-platform with your friends. If you’re interested in buying a Gaming PC Computer, visit www.clxgaming.com and check out all the exclusive PC gaming deals they have to offer.

Drinking, washing, and cooking with clean water is essential to your well-being. Chlorine-treated water is still contaminated with a wide range of hazardous bacteria,...
Read more
Business

The best smoke shops in South Florida are a must-visit for all smokers. They offer a wide range of different products at affordable prices. Smoke...
Read more
Business

High-efficiency milling has been on the news for quite some time, and for all the good reasons. Right now, roughing cycle times using chamfer...
Read more

How Important is Medical Marijuana Delivery to its Southern California Consumers