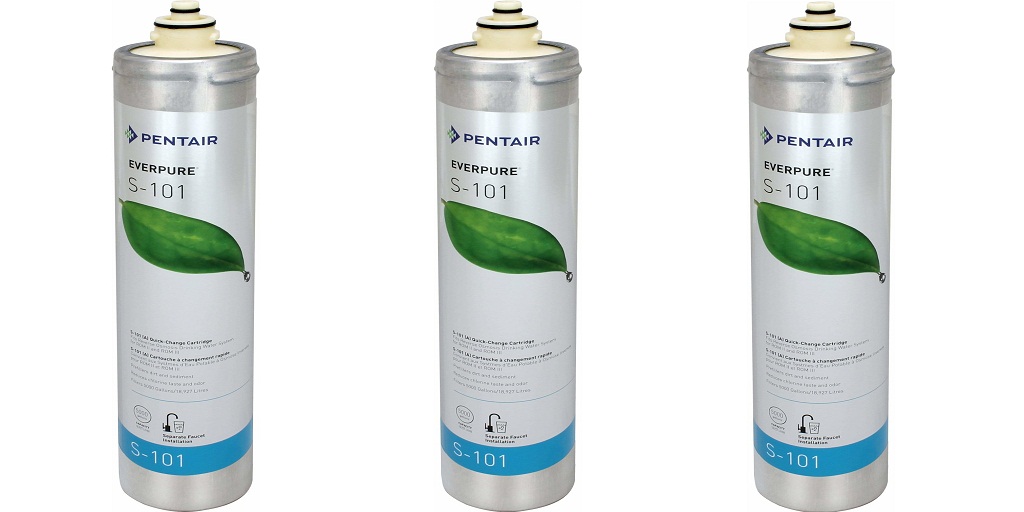 The quality of drinking water should be of primary concern to every homeowner around the country. Issues like dissolved lead and parasites can make their way into drinking water, endangering health and safety.

At-home water filtration systems are an effective way to combat some of these issues, such as heavy metals and biological contaminants. Many water filtering systems use cartridges with a sort of fine mesh or porous material that absorbs and removes impurities – but let’s take a closer look at the Everpure ROM III Reverse Osmosis System and how it secures superior water quality.

What Is Reverse Osmosis (RO)?
First, we need to develop an understanding of just what reverse osmosis, often referred to as RO, really is. First, let’s look at osmosis.

Osmosis is the process by which dissolved substances spontaneously diffuse through a partially permeable membrane. For example, a high concentration of dissolved salt in a sample of water will slowly diffuse through water, through osmosis, until it has achieved a consistent concentration. In this situation, the solute is salt and both the solvent and the partially permeable membrane are the water.

In the process of reverse osmosis, the process works in the opposite manner. Pressure is applied to a water supply, forcing it into contact with a partially permeable membrane. This causes solutes, both larger particles, and smaller molecules, even solutes as small as dissolved ions, to be forced out of the solution.

Reverse osmosis is remarkably effective at removing both particulate and dissolved contaminants from water, including bacteria, virions, and even dissolved metal and chemical ions from a water solution. It is used extensively in industrial processes for the purposes of water purification and has seen fairly widespread use in residential settings because of its exceptional efficacy at purifying and boosting the quality of drinking water.

Both the ROM II and ROM III systems are remarkably effective at removing dissolved contaminants from water, but the ROM III adds a VOC #1 cartridge on top of the action of the system’s S-101 carbon block and TFC cartridges.

The Everpure ROM III is rated to remove both chlorine taste and odor from water, as well as suspended dirt and sediment, rust and dissolved iron and manganese, and even asbestos fibers. It can also effectively remove parasitic cysts, such as those of Giardia, Cryptosporidium, and Entamoeba.

In addition, the ROM III is effective at removing a variety of VOCs (including THMs), MTBE, and dissolved heavy metals such as lead. As it is highly effective at diminishing the concentration of dissolved minerals, it can limit the buildup of scale on appliances by filtering out dissolved calcium and magnesium. Moreover, the NSF and ANSI have tested the Everpure ROM III for its ability to reduce dissolved concentrations of a wide range of harmful elements and chemicals, including but not limited to arsenic, sodium, cadmium, copper, radium, chromium, barium, fluoride, nitrate and nitrite, and many others.

For a full list of specifications according to NSF/ANSI 58, please consult the ROM II/ROM III Product Specification Sheet via the previous link.

Learn More!
To learn more about reverse osmosis, the Everpure ROM III, or about alternatives you can use in your own household, please visit efilters at efilters.net. You can also consult their customer service team directly at [email protected] for more information.