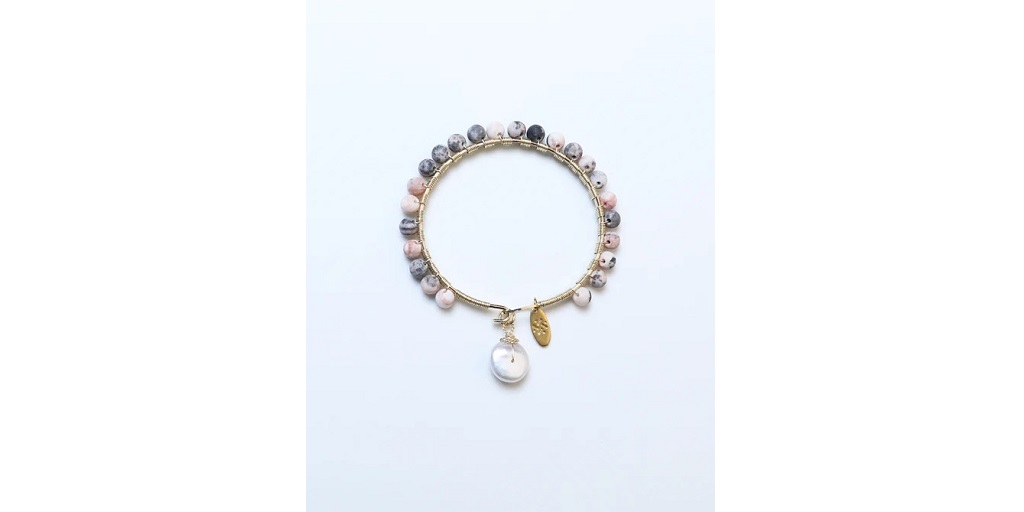 Aventurine, like many other natural stones such as turquoise, jade, and malachite, is suffused with historical significance and symbolic associations.

It is also an aesthetically peerless raw material for the creation of bespoke aventurine bracelets. Let this short introduction shed a bit of light on the matter.

What Is Aventurine?
Aventurine is a natural amalgam of two minerals, quartz and plagioclase feldspar. Some of its colors come from crystalline inclusions of mica and hematite.

Typically, aventurine offers a deep, rich green luster and is flecked with accents of brown, yellow, red, and even silver and gold.

Like all natural stones, no two pieces of aventurine are completely identical, making each stone as unique as a fingerprint or a strand of DNA.

Behind the Appeal of Aventurine
Aventurine, and jewelry made from it such as aventurine bracelets and necklaces, are beloved not only for their innate aesthetic appeal but for the richness of their symbolic associations.

Aventurine, which is also sometimes referred to as adventurine or avanturine, comes from the Italian, “a ventura,” or “by chance.” Over the eons, it has been used around the world by various different cultures.

Some believe that aventurine featured among the first tools and talismans ever created. Specimens from the Oma Valley in Ethiopia, dating back over 2 million years, reflect this.

Aventurine has wide-reaching cultural ascriptions, too. The Ancient Chinese associated aventurine with Kuan-Yin, a deity of mercy and compassion. The ancient Tibetans believed that the stones could increase creativity and perception.

The Greeks and Celts associated the stone with their deities of fertility. The Greeks also believed that the legendary Amazon warriors wore breastplates ornamented with aventurine.

The years have done little to diminish the symbolic importance of aventurine, and nothing to diminish its aesthetic graces.

Today, the stone still carries a wide range of symbolic meanings – though what they are may depend, in part, on whom you ask.

Some believe aventurine awakens creativity and inspiration, and that it can channel mental clarity that lends itself to creative vision.

Others associate aventurine with good luck and fortune. It has been called, among other things, the “stone of opportunity” and “the gambler’s stone.”

Some believe that the colors within the individual stone give it unique properties. As many aventurine stones contain flecks not only of green but also of blue and red, this is highly significant.

They claim that the colors of green aventurine provide a soothing aura and support emotional balance, whereas the blue notes clear the mind. As for the red, it is believed to boost creativity and perceptiveness.

Others yet believe that aventurine is a stone of the heart chakra, and so can help with spiritual and emotional healing, instilling support, confidence, courage, and self-assurance.

Where Can You Find High-Quality, Handmade Aventurine Bracelets Online?
Aventurine may be widely regarded and respected for its supposed metaphysical powers, but that doesn’t mean you can’t appreciate it for its simple aesthetic allure.

Aventurine bracelets and other jewelry are without equal in natural form and beauty, and the most beautiful of them all can be found online at ByFabrizioDesign.com.

All By Fabrizio Designs’ natural aventurine bracelets are carefully selected before being handcrafted, painstakingly, by skilled artisans in their studio in Los Cabos, Mexico.

No two bracelets – like no two gems – are quite identical, and each piece carries the signature of designer, craftsman, and inspiration etched into its very form.

Many of By Fabrizio Designs’ artistic visions are elegantly woven using the entorchado technique and crafted with beautiful natural materials in addition to aventurine, such as freshwater pearls, agate, jasper, and tiger’s eye.

Yet we do little but profane them with clumsy descriptions. A picture says a thousand words. Discover your next piece of poetic inspiration online at ByFabrizioDesign.com, where Everyone Is Welcome.