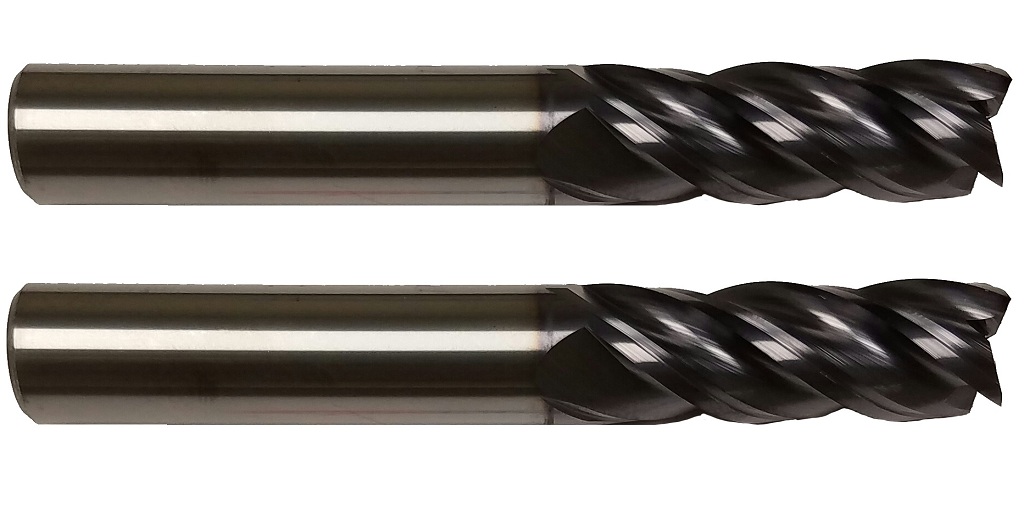 These signs tell you to go for reroofing

When it comes to milling components, speed is the name of the game. High speed tools can help you get your work done faster, but running at high speeds and feeds does come with certain risks. Some tools just cannot stand up to the heat and strain experienced at high speeds, while others may not be stable at such high rotational speeds. Today we will be looking at two types of end mills that are designed to deal with high speed chatter, variable helix and variable flute end mills.

Chatter is one of the most annoying issues when it comes to milling. When tools reach high speeds, they begin to wobble. This movement is almost imperceptible, but it can have big impacts. As a tool wobbles, it begins to strike against the workpiece, causing increased friction and a loud sound. Because this is happening dozens of times per second, those tiny impacts can compound into the ear splitting phenomena known as tool chatter. This is not only annoying for the operator, but the vibrations can also affect the finish on your workpiece.

Variable helix end mills use flutes with slightly different helix angles. The helix angle changes from flute to flute, but is consistent along the length of each flute. This helps to alter the distance between each flute striking the workpiece while maintaining an even flute spacing at the base of the cutting tool.

In addition to variable helix cutters, there are also variable flute end mills. When you imagine 4 flute cutting tools, it seems intuitive to separate each flute by 90 degrees from the next. Variable flute/pitch tools have slightly different angles between each flute. This difference may only be a degree or so away from a perfect 90 degree angle, but it can help to break up the timing between cuts, interrupting harmonic vibrations just like a variable helix cutter.

If you are interested in cutting down the tool chatter, then variable helix and variable flute end mills may be the perfect solution. You can find great deals on American made solid carbide variable end mills when you visit www.onlinecarbide.com. All of their tools, including their variable helix options, are machined to precise tolerances from high quality tungsten carbide tool stock. Their tools are also always available at manufacturer direct pricing, which can help you save big on the drill bits and end mills that your shop needs. If you have any questions about any of the products they carry, you can reach out to a member of their team by sending and email to [email protected]

Let’s get something straight right out of the gate. You need a sheep fur coat, although you shouldn’t be calling it that. A Sheep Fur...
Read more
Beauty

All-natural, safe for all skin types, extremely affordable, and widely available. What’s not to love about Hydroxyethylcellulose, which is one of the leading thickening...
Read more

These signs tell you to go for reroofing

Where to Find New Water Bongs for Sale