What Is the Purpose of Clergy Collars? 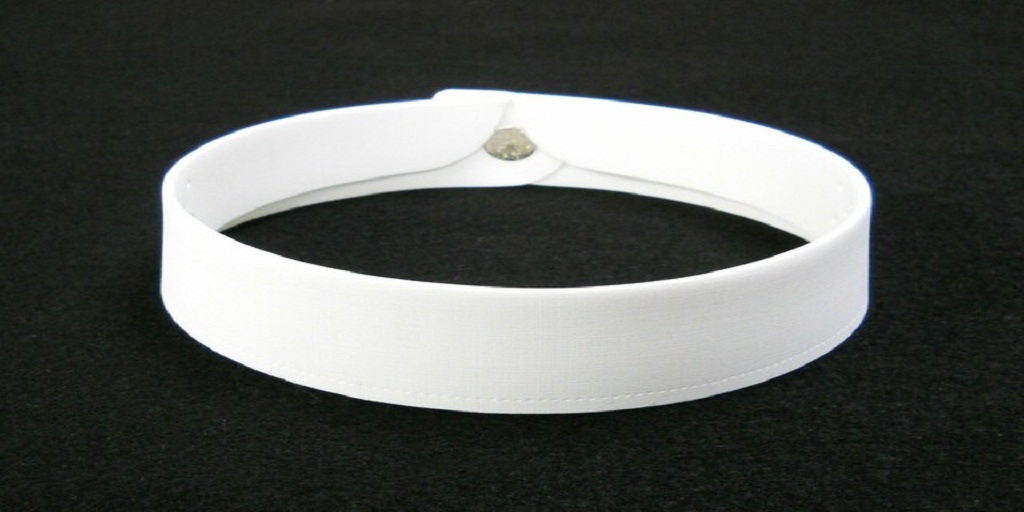 To the uninitiated, the sheer volume of different types of clerical clothing and vestments out there can seem to blur the lines of understanding. The names may even run together; cassocks, stoles, chimeres, rabats, rochets, albs, surplices – just to name a few.

How about the clergy collar? That is not a “garment,” per se, but many priests wear them. What function do they serve, and is there more than one type?

Why Priests Wear Clergy Collars
The clergy collar, which goes by a few different names, including clerical collar, and occasionally a Roman collar, was originally a flat, white collar of cotton that encircled at the neck and fastened at the back. Of these collars, only a small, white square was visible at the front of the neck; the instantly recognizable calling-card of a priest – the priest’s collar.

Though they were originally made of cotton or linen, today some of them are made from plastic, as these are easier to care for.

It’s also interesting to note that it was at first a statement of fashion, as it was customary in Late Medieval Europe to wear a linen collar or “collarino,” sometimes richly decorated, about the neck.

As time went on, the fashion fell out of style among all but the ordained. When Pope Urban VIII issued an early-1600s proclamation outlawing the ornamentation of the collar among the clergy, only plain, white collars remained.

As to the reason that priests wear them, one of them is simply for the purpose of identity. A priest can be immediately recognized by his clergy collar if he is wearing it, especially since the color white contrasts so sharply with the black of many clergy shirts and cassocks.

While one reason is for the purpose of identification, for some priests, the clergy collar takes on deeper symbolic significance. Some ordained clergymembers see the collar as a symbol of their subservience to God and as a reminder of their servitude. To them, it is like a spiritual “shackle.”

On the Different Types of Clergy Collars
Today, there are two main types of clergy collars: banded clerical collars and tab collars. Banded collars are traditional, encircling the neck with a piece of white linen or cotton, just as the original clerical collars did.

Tab collars are much more contemporary. These typically consist of a small piece (“tab”) of white plastic that can be inserted into a clergy shirt. The white tab shows through, giving the impression of a traditional collar, but many of these are made of plastic, and since they can be easily removed, are also easier to clean.