What’s the Point of Airsoft Guns? 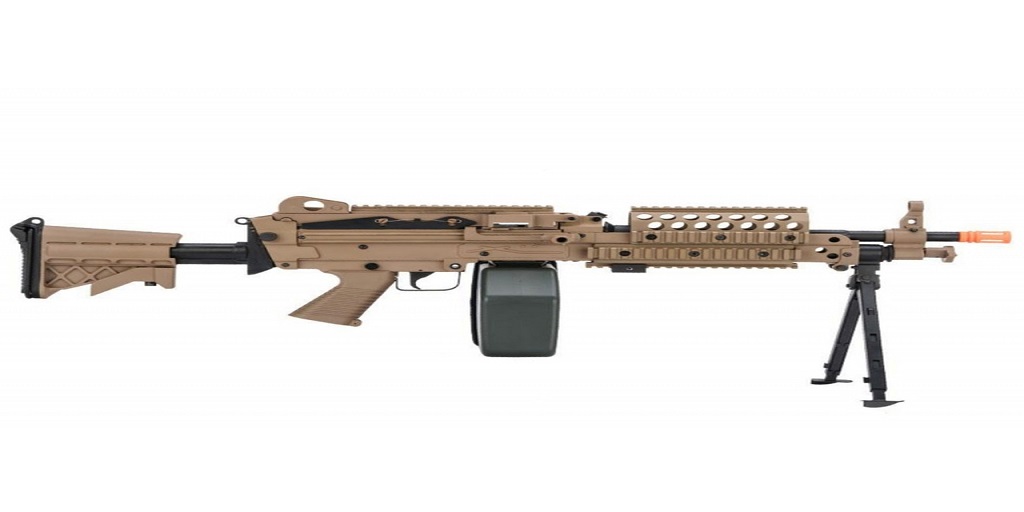 Ok, let’s put some of these ridiculous questions to bed once and for all.

We’ve all been there. On some forum, or getting ready to go to an airsoft match, when some do-gooder blurts out,

“Why do you even want an airsoft gun, anyway?”

“Why would you pay hundreds of dollars for a fake gun when you can buy a real gun for the same price?”

“What is the point of airsoft guns? They’re not real. Why would you ever buy that?”

We’ve all heard some ludicrous iteration of the same basic question a thousand times over.

Some of them are asked with borderline malice, others with genuine curiosity. In all cases, the question belies an egregious misunderstanding of the purpose of airsoft guns.

Airsoft is a Sport
First off (and this cannot be stressed enough), airsoft is a sport. Asking why we need airsoft when there are people that play airsoft is like asking why you need a baseball glove to play an outfield position. It’s part of the game.

You can’t seriously imagine that someone would want to bring an AR or a real Glock to an airsoft match, could you?

Airsoft players are trying to have a good time, practice tactical, strategic planning, and win a competition. They’re not trying to hurt people.

Suggesting that a real firearm is in any way comparable to an airsoft gun is like comparing proverbial apples to oranges.

That’s why chess players shake hands when they win a chess match, rather than attacking each other. It’s the same type of thing in airsoft.

This brings up the second argument, which should be common sense. Airsoft guns and real firearms don’t do the same thing, and aren’t designed to do so.

Airsoft Guns Are Not Real Firearms, and Are Not Supposed to Take the Place of Real Guns

Firearms owners keep and maintain their firearms for a variety of different lawful applications. Competition shooting, hunting, recreational plinking, and self defense are some of these.

Airsoft guns are entirely useless for every one of those applications. They are not real firearms. This is why there are no articles on Field & Stream or Game & Fish Mag about the best airsoft BB weight to use for upland birds.

Similarly, and as airsoft is, as we mentioned, a sport, firearms are outrageously unsuitable for it. You can’t seriously believe that an airsoft player would want to bring a real firearm to a match?

They’re both expensive, but you’re not going to get to work in the front seat of your watch.

Making It Make Sense
To summarize: the point of airsoft guns is to play airsoft, and the point of real firearms is for self defense, hunting, competitive shooting, and the like.

They are not interchangeable.

Visit MiR Tactical for All Your Airsoft Needs!
Now that we’ve signed off on the most basic (and one of the most vapid) questions of all time, we can give you readers that actually enjoy airsoft a good piece of advice: Visit MiR Tactical at MiRTactical.com.

In addition to their green gas powered airsoft guns and electric airsoft guns, they also carry a wide range of tactical gear and airsoft parts and accessories, including magazines, rechargeable batteries, and plenty of upgrade parts and attachments like scopes and red dot sights.

Check out their collection online at MiRTactical.com and give them a call at 800-581-6620 if you have any questions!

Magento is a particularly popular eCommerce platform. Up to 1% of all the websites on the internet are built around Magento, which sounds like...
Read more
Business

TaylorMade is all about better golf clubs. They were one of the first to produce a metal wood golf club head, aptly named the...
Read more
Business

Picking the right eCommerce SEO agency is one of the most important decisions every business has to make. The online world has become extremely...
Read more