Which AR15 and M16 Parts Are Interchangeable? 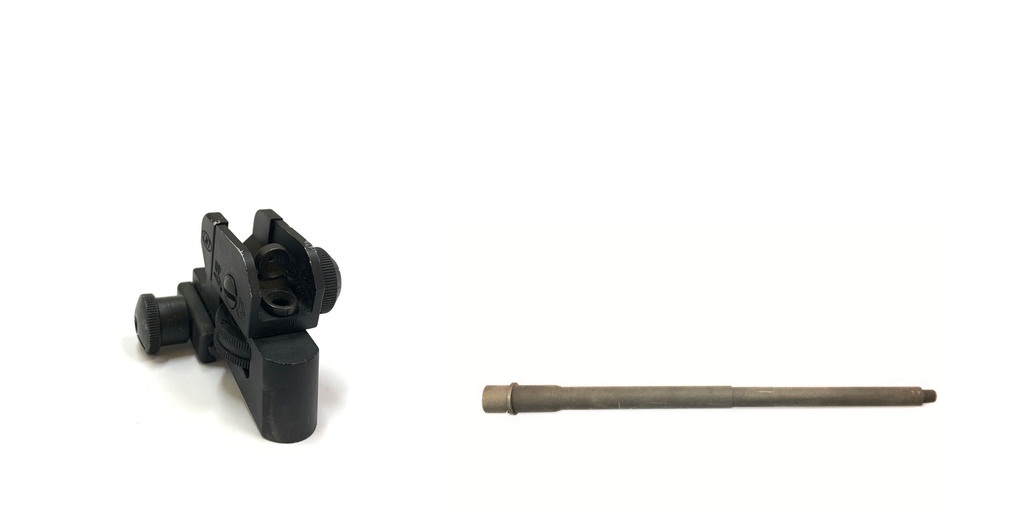 You may know the AR-15 as America’s Rifle, and the M16 as the service rifle with the single longest service history with the United States military.

You’re not wrong, but what you should also know is that the two rifles basically have the same DNA. In fact, just looking at them from afar, it’s almost impossible to tell them apart. In some cases, depending on how the rifles are configured, they really are nearly indistinguishable.

This is because the M16 was literally designed around the AR-15. While the AR-15 was actually originally designed for the military, the design ended up being sold to Colt and the platform was adopted by civilian shooters before the M16 was officially taken up by the United States military.

The rest is history – but what really is the difference between these rifles, and which AR-15 and M16 parts are cross-compatible?

What Is the Difference Between an AR15 and an M16
It’s not entirely incorrect to see AR-15s as M16s are variants of the same platform, but there are a few asterisks to address before making a claim like that.

Most people draw the line like this: AR-15s are only capable of semi-automatic fire and M16 platforms are capable of selective-fire, both semi and fully automatic. Again, this is only partially true, because AR-15s can be modified for fully-automatic modes of fire (although this is often illegal), and there are M16 variants that are semi-automatic.

There may be some other minor differences between the two platforms, depending on the variant you’re looking at, but for the most part, they are the same rifle minus the different lower receiver trigger pocket dimensions and modes of fire.

Which Parts Are Cross Compatible
Since the AR-15 and the M16 are virtually indistinguishable, one of the most common questions out there is: “Can I use M16 parts in an AR-15 and vice versa?”

Well, the answer is, it depends.

There are a lot of AR-15 parts that are compatible with M16 rifles and the other way around, but you have to do a little extra homework to make sure that the two variants you’re working with accept the same parts.

Generally speaking, the following parts are cross-compatible between M16s and AR-15s:

However, due to the minor discrepancy between the lowers of AR-15s and M16s, many M16 lower parts are shaped slightly differently and will not work in an AR-15. Some of these differently-shaped M16 parts are:

These parts are not cross-compatible between the two platforms. Also, just because a part “fits” does not mean that it will work, is safe to use, or is legal. Be sure to seek legal counsel before attempting to modify any firearm to ensure that you are compliant with the law because many “modifications” can make a firearm illegal.

Where Can I Get High-Quality M16 Parts?
Looking for both high-quality AR-15 and M16 parts, including build kits? Check out SARCO Inc., at SarcoInc.com. They carry a wide range of parts, part kits, shooting accessories, cleaning tools, and much more, for both of these platforms as well as other historical mainstays and curiosities.

If you have any further questions about compatibility and would like to be sure before you buy anything, please get in touch with their customer service team directly at 610-250-3960.