Which M16 Parts Will You Likely Need to Replace First? 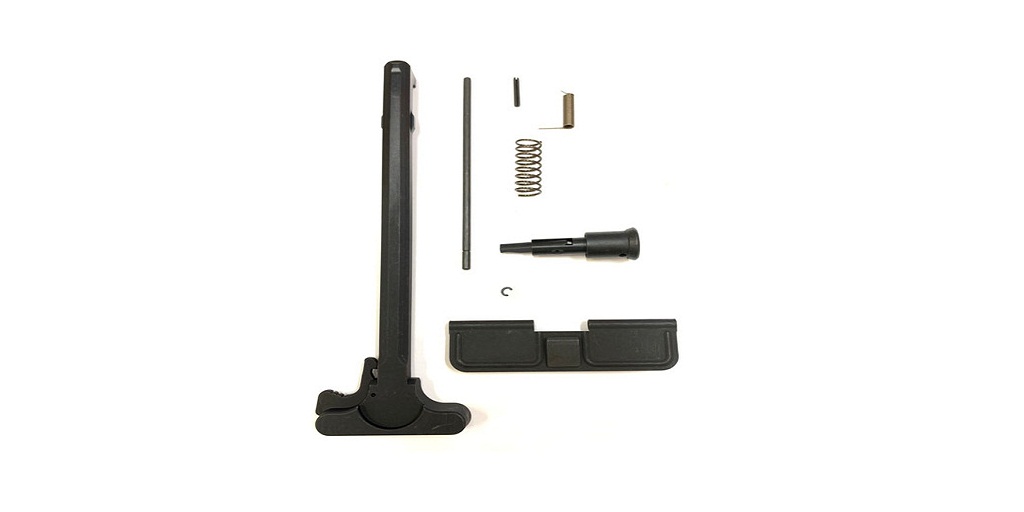 The M16, around which America’s Rifle, the AR-15, has been designed and developed, is a fine-tuned machine. It has many more internal, moving parts than, say, a simpler platform like a break-action, single-shot rifle.

Its complexity enables it to cycle smoothly and to deliver a high rate of fire. Its dependability no doubt has made it one of the most infamous rifle platforms of all time, and the reason that its operability and functionality can still be seen in many modern rifles, to this day.

But a machine is only as reliable as the sum of its parts, and when one of your M16 parts stops working or starts to fail, the effects will ripple over into other areas of operation. If your rifle won’t fire or something else is wrong with it, there’s a least a decent chance that one of these parts is involved.

While there are various internals within the bolt carrier that can fail (see below), the bolt itself, which is subject to serious forces during sustain periods of high rates of fire, can fail. It is possible that the bolt can crack or break entirely. You might not notice thin stress fractures until the bolt fails completely, at which point you will need to replace it.

The locking lugs that secure the bolt during firing can also fail or break, which will cripple the rifle’s action, requiring you to replace the bolt.

2. Your firing pin
When you pull the trigger and it breaks but you don’t hear a click, or you do hear a click but the rifle doesn’t fire, it’s possible that your firing pin is broken. This is prone to happen after a couple of thousand rounds, although a firing pin could last through upwards of 50,000 rounds before needing to be replaced.

At any rate, without a firing pin, your rifle simply won’t fire; it’s definitely a critical component that must be replaced when it fails.

3. The extractor or ejector
Your rifle’s extractor removes spent brass from the chamber; the ejector clears the spent brass by launching it out of the ejection port and free of the shooter. Your firearm will still operate – categorically – if either of these parts fails, but your action will jam after every shot.

In either case, when one of these M16 parts fails, your bolt won’t be able to clear the action and your rifle will be transformed into a single-shot platform until you replace them. For such small and affordable parts, they make a world of difference in the operation of the rifle.

4. Gas tube, gas block, and bearings
Finally, the gas tube and gas block, which are vital to the cycling of the gun’s action, can fail or break. Over time, if the gas tube deforms, it may lose its airtight seal that traps the gas produced during firing, enabling the action to cycle; if this seal fails, the firearm will cycle sluggishly, unreliably, or not cycle at all.

These components are also born on roll pins that can break or fall out. Keeping a few of these on hand may save your trip to the range if the action fails to cycle because of one these pins was missing or deformed.

Looking for these M16 parts, or parts for analogous MSRs, so that you can be better prepared to troubleshoot issues at the range or at home on the bench? Trust no other than the industry’s preeminent supplier of firearms parts and expertise, Sarco, Inc.

Visit SarcoInc.com today to learn more about these parts or to get them at great prices. You can also call Sarco Inc.’s team directly at 610-250-3960 for more assistance.

The primary component of the golf swing that will impact how far the golf ball will carry is swing speed. Players with faster swing speeds...
Read more
Business

Socks can often be the most boring and unnoticeable part of one's wardrobe. But they don't have to be! A study from the Journal...
Read more
Business