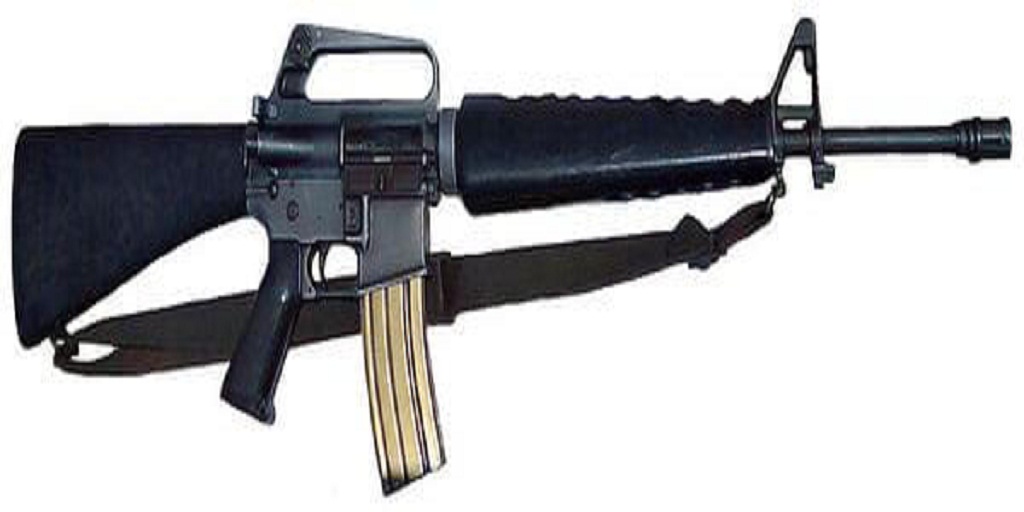 The iconic M16, originally designed by Colt, and developed around the 5.56×45 NATO cartridge, has been in service for well over a half a century. They made their first effective debut in Vietnam in the hands of American troops and proved their worth there; since then, the platform’s wide adaptability, reliability even in the face of extreme conditions, and endless opportunities for customization have endeared it to shooters even outside of military circles.

In fact, the basic design is so influential that a significant number of variants have been produced, and many other sporting or so-called “assault rifles” have been developed taking inspiration from its lines. The silhouette of the M16 is one of the most easily recognizable in the world – just behind, or right alongside, the Avtomat Kalashnikova, better known as the AK-47.

It’s so influential that the M16 lent many of its features, and certainly a significant portion of its appearance, to the design and development of the perennially popular AR-15. The AR-15 is, in fact, largely designed after the workings of the AR-15. Depending on the variants in question, the same person could be shown two silhouettes, one each of an M16 and AR-15, and think they are the same thing.

With that being said, owners of bonafide M16 rifles are not the only ones with an interest in sourcing M16 parts. Anyone with an AR-15 might also be looking for them, or for very similar parts. While it isn’t advisable to use parts interchangeably, and it might be dangerous or even illegal to do so, there are many attachments that are cross-compatible between the models.

Additionally, if you can find a supplier of M16 parts, there’s a chance that’s better than good that that supplier also provides AR-15 parts. The AR-15 and the sporting rifles developed in its wake are some of the most popular sporting rifles in the country. It’s called America’s Rifle for a reason. Everyone loves them, and nearly as many gun owners have one.

Besides, whether you have an M16 or an AR-15 or both and several black rifles alongside them, keeping parts on hand is always a good idea. In fact, it’s a good idea to have spare parts on hand for any firearm that you own. It can save you time on maintenance, repairs and replacements and spare parts even have the potential to save you from a trip to the gunsmith.

Also, performing repairs, replacements or upgrades at home with AR-15 or M16 parts is a great way to get more in touch with the equipment you use at the range and in the field. Working on your own rifle is a form of enjoyable recreation that serves another purpose: it is educational.

Time spent tinkering is enjoyable enough even if it doesn’t carry additional benefits, but when you work on your own rifle you’ll develop a stronger intimacy with the internals of the platform as well as how to make repairs in the future. You can also learn how to improve the performance of the rifle by swapping out parts like the gas block, bolt carrier group or trigger – although the list could be much longer.

Whether you’re looking for M16 parts or AR-15 parts or parts for another sporting rifle or just attachments like hand guards or optics, you’ll want a supplier that knows the industry and has what you need when you need it. In a word, that supplier is Sarco, Inc., in Easton, PA.

You can also shop through Sarco, Inc.’s collection of firearms and firearm parts, including parts for sporting rifles, on their website, SarcoInc.com. There you can pick up what you need, and if not, give them a call at 610-250-3960 and they’ll help you find it.

National pipe tapered threads are the most common type of thread you will find for water and gas piping applications, especially in low-pressure environments. If...
Read more
Business

Anyone who has some kind of interest in maintaining their vehicle would do well to pick up some bottles of car wax for their...
Read more
Business

Choosing the perfect lighting for your jeep can be often intimidating especially if you really have no idea what to pick. There are a...
Read more

Is the Benchmade 940 the Best Benchmade Pocket Knife?