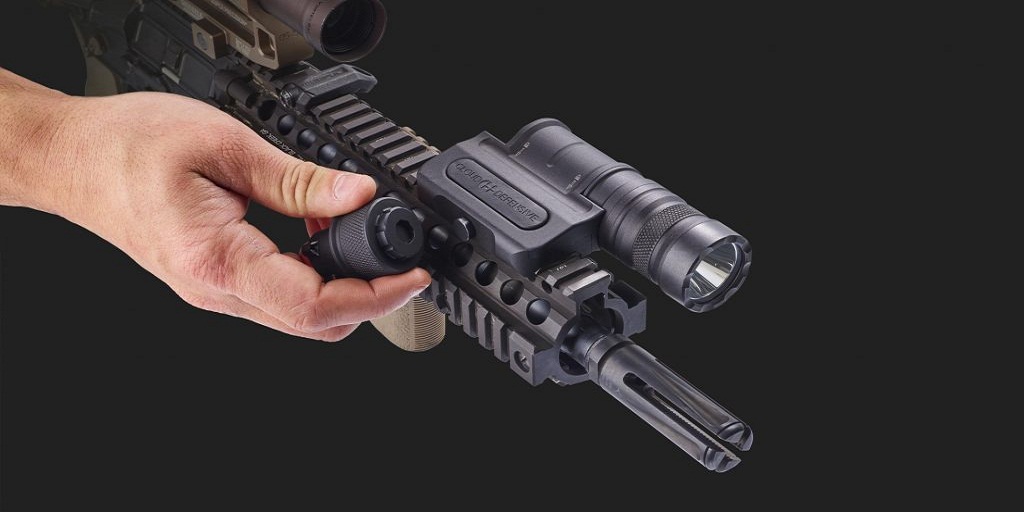 If you’re reading this and looking for an M-LOK WML, you likely already have an M-LOK handguard on your rifle. It doesn’t make all that much sense to look for the light first and the rifle later.

Be that as it may, you’ll still need an M-LOK WML and mounts that are compatible with M-LOK systems.

If you’re still on the hunt for an M-LOK light or even a rifle and are tossed up about the draw of the newer M-LOK system as compared to the time-tested Picatinny rail system, here are some things you should know.

The Entire Platform Will Be Lighter
Adding shooting accessories to a sporting rifle and expanding the platform will have some unintended consequences. Among the most impactful of these is the added weight.

Every side-saddle, light, sling point, optic and other shooting accessories you tack onto a rifle will add weight. That weight can potentially shift the center of the rifle’s gravity, adversely affecting handling.

Even a rifle that remains perfectly well balanced through an onslaught of tactical attachments will be heavier. That will make them less maneuverable and more likely to result in premature fatigue.

Instead of taking vital accessories off your rifle, start with a lighter rail system. The newer, smoother M-LOK system is substantially lighter than traditional Picatinny systems and slimmer as well. Since its functionality does not rely on outward sections of rail, M-LOK systems are much lighter, allowing you to save that weight for attachments.

Recoil Mitigation
Another thing to keep in mind with M-LOK mounts is that some of them feature recoil mitigation lugs. That is not a particularly prime concern for WMLs, as these are not as susceptible to recoil inducing performance “adjustments” as much more sensitive optics, but it remains a concern nonetheless.

M-LOK systems are compatible with lugs and mounts that can help minimize the effects of recoil on your mounted accessories. The use of these, and judicious placement on your handguard, can preserve the performance of your M-LOK WML.

Mounting Flexibility
Another thing to be aware of is that M-LOK systems allow for greater flexibility in mounting than most Picatinny rail-mounted accessories.

Since mounting, access, and protecting the light from muzzle blasts and fouling is a prime concern for some shooters, being able to exert a greater deal of control over the mounting location, position and orientation can be very important. With an M-LOK system, and subsequently with an M-LOK WML, you’ll have greater flexibility and control over the entire platform.

The inline mount is extremely durable and intended to allow for placement at either 9 or 3 o’clock. Both the offset and SBR offset M-LOK mounts push the light forward slightly, preserving rail space behind the light and allowing for more flexible positioning. (It’s also worth noting that Cloud Defensive offers Picatinny compatible WML mounts.)

All of Cloud Defensive’s Torrent Mounts are compatible with their REIN and REIN Micro WMLs, but they also exhibit cross-compatibility with select Surefire and Streamlight weapon lights, as well as certain weapon lights that use the Surefire Scout footprint. For a list of compatible lights as well as exclusions, visit CloudDefensive.com. You can also contact them for additional assistance at [email protected]