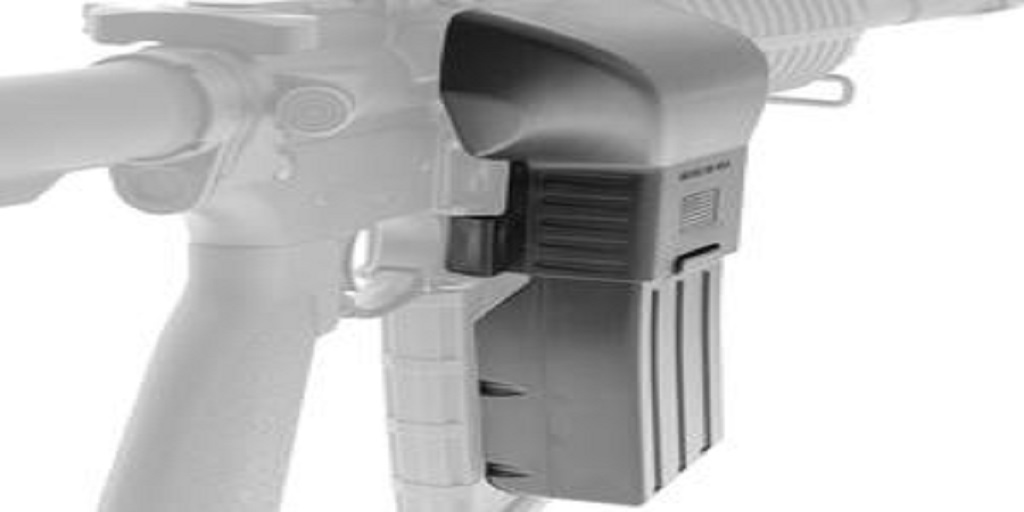 They’re convenient, they help keep you compliant with some specific range rules, and they make it way easier for you to keep tabs on your spent brass, which can save you money and make reloading a whole lot easier.

That makes bullet shell catchers useful accessories in many shooters’ repertoires, alongside optics, lights, lasers, side saddle mounts, and other attachments and accessories. Still, no brass catcher is perfect, and many of them are plagued by a pretty common issue – some rail-mounted models obstruct the shooters’ sight picture, increasing target acquisition time and allowing groups to grow in a most unpleasant fashion.

The problem arises with some shell catchers that mount to a section of the firearm’s rail above the receiver. For some shooters, this isn’t a problem since optics can be mounted over top of or around the mounts of the shell catcher. However, for shooters that use iron sights, these types of brass catchers are more of an annoyance than a convenience.

Even though the mounts may have a low profile, when the shooter shoots over iron sights, the mounts will either completely or partially obstruct the sight picture. Even a slight infraction of the sight picture can throw off training and time-to-target acquisition, making the shooter much less responsive during competition. In addition, these slight infractions on the sight picture can also throw off a shooter’s instincts, causing minor alterations in groups that, despite being objectively small, might adversely affect scoring (depending on the type of competition) or contact with the target.

Some of these issues might cause some shooters just to go without a quality brass catcher, but there is another way – and one that solves not only these problems for many more that are commonly associated with other brass catchers and shell catcher bags.

The Brass Goat, designed and developed by Magwell Mounts, is designed to snap onto an AR-15’s lower receiver Magwell in mere seconds and does not require the use of tools. Easy, effective, and practical, this brass catcher leaves the sight picture entirely clear and does not require any rail attachment points whatsoever, leaving your rail and handguards entirely clear for the addition of much cooler accessories.

In addition, the Brass Goat by Magwell Mounts is made of tough, durable synthetic ABS resin, which will not tear, hang up on brush, jam, melt or catch fire – unlike some other brass catcher bags. It’s also compatible with hoppers that can accommodate a range of empty cartridges and can be swapped out just as readily as the brass catcher itself.

The system could not be easier to use or more practical, and its slim design and low profile are ideal for hunting, competitive shooting, and so much more. To learn more about firearm compatibility or compatibility with specific cartridges, visit BrassGoat.com or give them a call at 1-833-MAGWELL. Their team can help, and a new, better shell catcher is right around the corner.

The primary component of the golf swing that will impact how far the golf ball will carry is swing speed. Players with faster swing speeds...
Read more
Business

Socks can often be the most boring and unnoticeable part of one's wardrobe. But they don't have to be! A study from the Journal...
Read more
Business