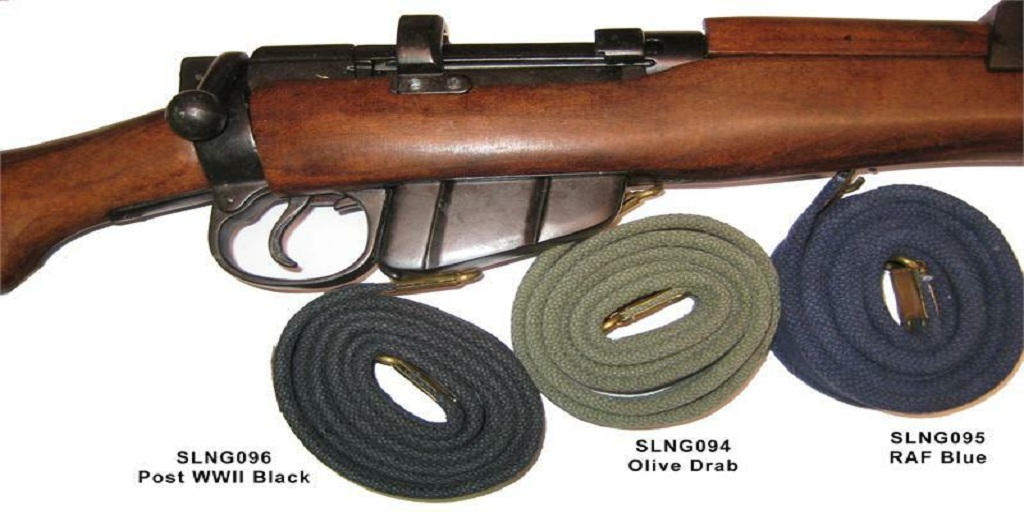 Why? Because if you’re using it like any other gun sling, you’re missing out on half of the utility.

Yes, an M1907 sling can be used for the same things that any other rifle sling ever can be used for. Hitch it up to your sling swivel mounts, and suddenly you can carry a heavier rifle, for longer, and with less fatigue. Plus, your hands will be free.

But the M1907 hasn’t remained popular for over a century because it frees your hands. Like we said just a minute ago, literally, every other sling ever can do that.

The M1907 Rifle Sling: A Lighter Bipod (Not Quite, But Close)
The great thing about the M1907 is that it can be used in the hands of an experienced shooter to stabilize their shooting – even when shooting offhand. In fact, that is the reason for the sling’s odd design that features that extra loop of leather.

To use your M1907 rifle sling as a sort of “shooting rest,” observe the following.

First, rest the butt of your rifle on your right hip (or your left hip, if you are a southpaw).

Adjust the two pieces of the gun sling so that there is a loop large enough for you to fit your left arm through, past your elbow.

Slide your left arm through the loop you have created, ensuring that the thong of leather rests flat against your arm while shooting.

Now, retighten the loop of leather over your left bicep until it is snug but not tight.

Slide your left hand forward up to the sling mount at the front of the rifle stock or forend, until the flat leather of the rifle sling rests across the top of your hand. Extending your arm should put mild pressure on the sling.

There should be just enough clearance so that you have to try to get the butt of your rifle against your right shoulder or chest. It should take an effort.

The pressure from the M1907 sling helps to stabilize your shooting arm and your stance, holding your frame rigid, in the absence of a shooting rest.

Using an M1907 rifle sling in this manner may help significantly improve your stability when shooting not only offhand but also when sitting or kneeling.

It worked for the AEF troops carrying the M1903 in France over 100 years ago – it can work for you!

Get Yours at Sarco, Inc.
Looking for an M1907 rifle sling or a more basic shotgun sling to take the weight of your 870 or 500 off your hands? Visit Sarco Inc. at SarcoInc.com today and pick one up. Kill two birds with one stone and cut out the bipod – you’ll be shooting more offhand in the field, anyway.