Say Hello to My Father Cigars 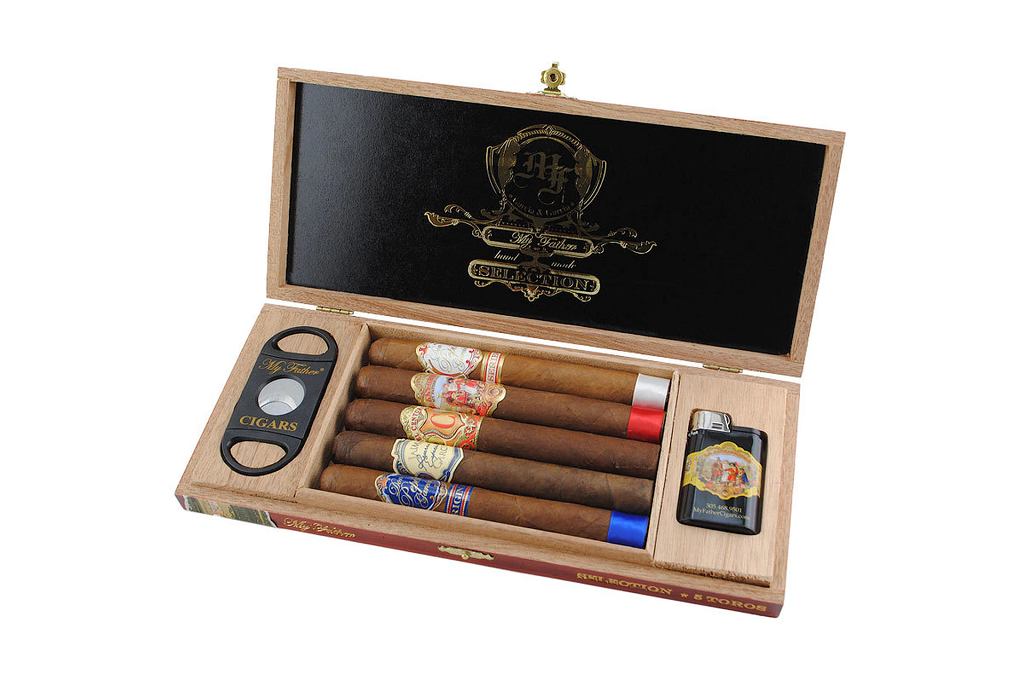 Once you begin smoking cigars somewhat frequently, you are going to be inundated with a bunch of names and terms that may be a bit foreign to you. You will hear all of the different names for cigar accessories, flavor profiles, cigar shapes, and especially cigar brands. Some brands of cigars are much more well known than others as they have spent years cultivating quality products and building up their reputations. One of the names you are most certainly going to run into soon if you have not already is My Father cigars. This iconic brand is a major figure in the cigar industry and is pretty common to see in the hands and humidors of many cigar enthusiasts. But this brand did not just show up as it is now. It started like any other small business and grew in popularity steadily over time. If you are unfamiliar with the name of My Father cigars, then consider this an introduction.

Where They Came From

Becoming the big name that it is today was no easy feat but still the company was able to thrive on the merits of the products and by the determination of its founder. The founder of the company, Jose Garcia grew up working hands-on with cigars from a young age and developed that skill enough to become a master at his craft. He eventually started up his cigar factory after moving to the United States from Cuba and continued to pursue his dreams there. After that, it slowly but surely became clear that Garcia’s passions and hard work would pay off and that his dream of running a successful cigar business would come true before his own eyes. Garcia did not keep all of his knowledge to himself, however. He passed along what he learned about cigars from his decades of experience to his children who then continued My Father cigars in his place.

My Father cigars are so well known amongst avid cigar smokers that you may be hard-pressed to find someone who smokes frequently and has still not been acquainted with this brand and its lineup. Many will even credit the brand as being one of the first they ever tried. With all of the different product offerings that the brand has, you should find no trouble at all picking out which product will work best for you and match your preferences. Of course, an easy way to go about trying a new cigar brand is to ask for recommendations from people who have tried the brand before and may help guide you in finding the best one for you.  If you do not have someone like that in your life, you can always toss your hands up and try out a sampler pack from the brand. An example would be a five-count My Father Original sampler pack, which will let you try a few things at once.

If you are curious about My Father cigars and want to see if it could be your new favorite, you can find plenty to choose from over at atlanticcigar.com. They carry lots of My Father cigars along with other popular brands you may like.

3 Ways to Use Sanding Sugar Sprinkles in Your Baking

Sugar of all kinds is a serious staple in any bakery since it is an essential basic ingredient for creating most recipes, but it...
Read more
Food

How to Utilize Bulk Chocolate for Candy Making

Candy is a wonderful treat that can be enjoyed by anybody around the world from all ages. There are incredible amounts of different kinds...
Read more
Food

While looking for some inspiration for new ideas of how to decorate your baked goods, you may have stumbled across large packs of bulk...
Read more