5 Accessories You Need to Pair with Your Airsoft Sniper Rifle 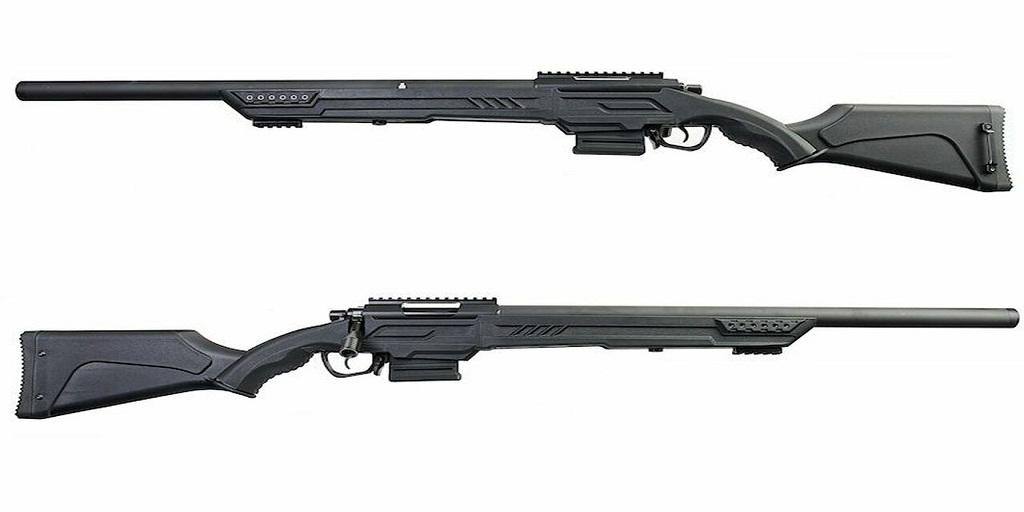 Ready to gear up and hit the airsoft field? Not so fast – if you’ve enlisted as a sniper and it’s your first time filling that role, you’re going to need to change up what you’re used to.

Fast-paced, harrowing CQB is not the realm of the sniper. Where the AEG-toted infantry player needs speed, maneuverability, and capacity, the sniper needs precision and discipline.

These accessories will help with some of that – pair them with your airsoft sniper rifle and be ready.

This is probably the most important accessory you can pair with an airsoft sniper rifle. A good scope will be shock-resistant, hold its zero well, and will be waterproof and fog proof. You might also want a scope with variable magnification or low-light capabilities. It will drastically improve your ability to connect with far-off targets, even enabling you to perform reconnaissance if it affords adequate magnification.

Much of the time, you’re going to be operating in inhospitable conditions – at least those that are not very forgiving. Without a stable shooting surface, don’t expect to be effective at reaching a target or even maintaining a stable sight picture. A bipod will provide you with a stable shooting rest in even the most inhospitable of environments and unforgiving of circumstances.

Airsoft sniper rifles are frequently much heavier than AEGs and other airsoft guns, presumably because the manufacturers understand that these are not designed to be highly portable airsoft guns. Get a sling; it will help you carry the airsoft rifle as well as the rest of your other tactical gear.

While capacity won’t be as important to you as a sniper, it’s still extremely important to be as prepared as possible before you head into a match. Some airsoft sniper rifle mags only hold somewhere around 20 rounds, which is nowhere near adequate. You’ll either need a lot more ammo or several more loaded mags.

– Camouflage: for you and the airsoft sniper rifle

That’s right – it may very well be worth your while to obscure your airsoft sniper rifle with a custom paint job or an airsoft gun skin. You can also simply wrap it with camouflage gun tape. You’ll also need camouflage; ghillie suits are popular, but it’s more important that you match your surroundings. Just be sure that your camouflage and the camouflage you pair with your airsoft gun and other equipment both match each other as well as the arena in which you are playing.

What You Might Not Need
Conversely, here are some accessories that it’s probably just not worth your while to pair with an airsoft sniper rifle.

– Reflex sights – They’re really not much use at the ranges at which airsoft sniper rifles are typically engaged.

– Tracer units – Tracer units are really cool for AEGs because they can help you adjust a shot string without sights. For a sniper, they’ll simply betray your location. Stay away from them.

Ready to gear up? Hit MiR Tactical at MiRTactical.com today, stock up and save. They carry all of these accessories and then some (along with a huge selection of spring-powered, bolt action airsoft sniper rifles and other airsoft guns) at great prices. Their airsoft guns and gear are even protected by a price match guarantee and they offer low, flat rate shipping – get on it!

Whether you’re personally getting on in years or you’re shopping for a special someone in your life that has loved golf for as long...
Read more
Sports

One of the great joys of parenting is being able to teach your children all about the world and encourage them to pursue their...
Read more
Sports

PING has been defining the golf equipment industry ever since it began changing things up in 1959. Today, some of the most highly respected...
Read more